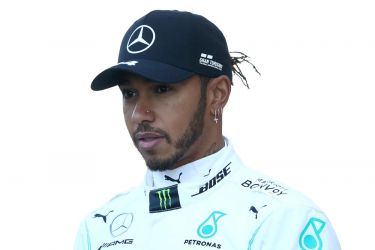 Formula One recorded an average streaming audience in the UK of just over 70,000 viewers per race in 2019, according to data seen by the Independent newspaper.

Data from the Broadcasters’ Audience Research Board (BARB) shows that a total of 1.5 million people streamed coverage of the 21 Grands Prix in 2019 across pay-TV broadcaster Sky Sports and free-to-air (FTA) network Channel 4, averaging out at 70,680 viewers per race.

The most popular race from the global motorsport series was the British Grand Prix, won for a record sixth time by home driver and eventual world champion Lewis Hamilton, which pulled in 75,971 people on Channel 4’s on-demand streaming service All 4, with a further 44,665 watching on Sky Go. This put the race way behind the Rugby World Cup final, the most popular sporting event watched online in the UK last year, which clocked 282,400 viewers.

At the other end of the scale, the Japanese Grand Prix attracted only 42,688 viewers, which can mainly be attributed to the early UK start time of 6am GMT.

Formula One currently has a UK broadcast deal in place with Sky Sports, which is reportedly worth in the region of UK£120 million (US$157.2 million). The agreement allows the pay-TV broadcaster to exclusively show all races in the UK, except for the British Grand Prix, which is simulcast on Channel 4 as part of a carriage deal between the pair.

The streaming figures come after the Independent also revealed that Formula One’s total television audience in the UK plummeted by 13.6 per cent to 54.8 million viewers in 2019, which was the first year of the series’ new deal with Sky.

Formula One’s F1 TV streaming service, which has been beset by technical issues since being launched by series owner Liberty Media in 2018, is not available in the UK due to Sky and Channel 4’s contract. However, the two broadcasters make their online streaming offerings available to customers at no extra cost. Despite this, the number of streaming viewers represents just 2.7 per cent of the total who watched Formula One’s races on TV in the UK last year.

Globally, Formula One’s cumulative audience climbed nine per cent to 1.922 billion during the 2019 season, although the number of unique viewers fell 3.9 per cent to 471 million.

Staying with Formula One, global digital sports media company DAZN has announced that it will show all 22 Grands Prix this season in Japan. The 2020 campaign begins this weekend in Melbourne, Australia.