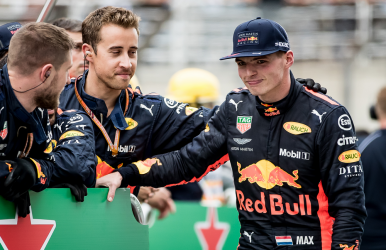 Starting in 2019, the extended three-year agreement will provide Ziggo with multi-platform coverage in the Netherlands of every Grand Prix.

As part of the deal, Formula One and Ziggo Sport will collaborate on the launch of F1 TV Pro in the Dutch market, marking the first implementation of Liberty Media’s new strategy to co-market and co-brand its new streaming platform with a media rights partner.

Fans who use F1 TV will be able to personalise the way they watch every race through access to 20 on-board cameras and live and unedited team radios. In addition, the platform will house video content from Formula One’s archive footage.

“There cannot be many sports fans in the Netherlands who don’t know that Ziggo Sport broadcasts Formula One,” said Will Moerer, director at Ziggo Sport. “It goes without saying that I’m very pleased that this situation will remain unchanged for the next few years. In addition to the wide range of European top soccer matches, Formula One is very important to us as a station but also to Ziggo Sport.”

The deal comes after Formula One chief executive Chase Carey confirmed that the series was looking to work with its existing broadcasters to help promote F1 TV, which officially launched in some markets this season but is expected to be promoted further afield in 2019.

“Formula One in the Netherlands has a long and rich history and thanks particularly to Max Verstappen it is enjoying another significant growth period,” added Formula One’s director of media rights Ian Holmes. “What is also ground-breaking is the incorporation of the F1 TV Pro OTT service that will now be available within the Dutch market. This will be a truly collaborative operation in that the service will be co-marketed and co-branded by Formula One and Ziggo thus affording fans a combined offering like never before.”

The 2018 Formula One world championship has already been decided ahead of the season-ending Abu Dhabi Grand Prix on 25th November, with Lewis Hamilton winning a second consecutive title and his Mercedes team wrapping up the constructors’ championship.

Despite that, Dutch driver Max Verstappen was at the heart of a controversial Brazilian Grand Prix over the weekend, clashing with Esteban Ocon in the aftermath of the race after a collision with the French Force India driver cost Verstappen a chance of winning his third Grand Prix of the campaign.