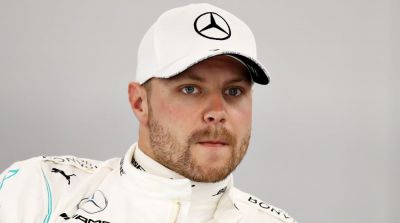 Swedish media giant Nordic Entertainment (NENT) Group has extended and expanded its exclusive pan-Nordic media rights deal with Formula One to include Finland and Iceland.

The three-year agreement also sees NENT Group retain exclusive rights to the global motorsport series in Sweden, Norway and Denmark from 2022 until 2024.

NENT Group will continue to offer its Formula One coverage on the Viaplay streaming service, which will show every practice session, qualifier and race from the series. The company will also show all Grands Prix on its Viasat pay-television networks, with highlights airing on its free-to-air channels.

The rights package also includes coverage of the Formula 2 and Formula 3 support series, as well as the Porsche Supercup series.

In addition, Formula One and NENT Group have agreed to promote the availability in the Nordic region of F1 TV Pro, the motorsport series’ own over-the-top (OTT) streaming subscription service.

The 2022 Formula One season will mark the first time that Viaplay has been the home of Formula One in Finland, where the series is currently shown by commercial broadcaster MTV3 and pay-TV network C More.

Viaplay has not yet launched in Iceland but an official release said the platform is set to become available in the country ‘in the coming months’. Formula One rights in Iceland are currently held by Stöð 2 Sport.

“This is the first time that Formula One will be shown on the same platform in every Nordic country,” said Anders Jensen, NENT Group’s president and chief executive. “Once again, we are announcing a pioneering agreement that underlines our position as the region's leading streaming company. Our coverage of Formula One's high-octane thrills will set new standards, and Viaplay is unquestionably in pole position as the home of unique sports experiences.”

The rights deal is the latest to be announced by Formula One, which recently extended its broadcast partnership in Canada with TSN and RDS.

Ian Holmes, Formula One’s director of media rights, added: “NENT Group has been a long-term partner of Formula One in the Nordic region, and its position as a highly popular multi-platform TV broadcaster and streamer, and its addition of Finland and Iceland, will offer our fans in the region the best access to the Formula One season and all the drama on track.

“Alongside this agreement, F1 TV Pro will be available throughout the region and we will be working closely with NENT Group in promoting its availability to ensure Formula One fans have every opportunity to follow the season.”

Elsewhere in motorsport, pay-TV broadcaster Fox Sports has secured rights in Australia to show the IndyCar Series in 2020.