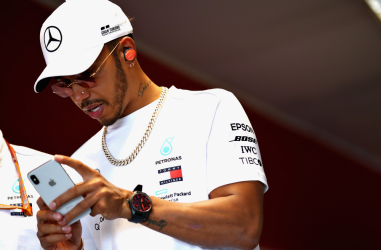 Formula One has learnt from "mistakes" during the launch of its over-the-top (OTT) channel to improve the F1TV platform for next season, according to the series’ head of digital product.

Tim Orme told an audience on day one of the SportsPro OTT Summit in Madrid that a decision ahead of the 2018 campaign to "buy-or-hire" a service ready for 112 markets was an ambitious task, though insists they will see its rewards soon enough.

Formula One chief executive Chase Carey said earlier in the month that the championship is seeking partnerships with its licensed broadcasters to leverage advertising for the platform, which was launched in time for the Spanish Grand Prix at the fifth stage of the championship.

Orme said F1TV isn't in direct competition with the series' broadcasters, most of whom he says think the OTT service makes the sport more attractive.

F1 TV didn't get off to the smoothest of starts, Tim Orme says that it was because the series wanted to produce the best product possible #SPOTT18 Sound on �� pic.twitter.com/IWyhPsf2sK

"Perhaps there are driver fans and there are team fans, but the average Formula One fan is maybe not so split by rivalry lines as they are in other sports," Orme said.

"F1TV is one aspect of a huge digital, business-wide programme which has changed the way we do business. I think most broadcasters will be happy with the investment we are putting into the sport to make it a more attractive proposition.

"The F1TV proposition doesn't compete with broadcasters. We are still a licensing business and that will forever be our main source of revenue. Where I think it does give us opportunities, we have built a Formula One service for Formula One fans."

Orme said that Formula One's hierarchy is in "good conversations" with broadcasters in newer markets to strike joint ventures that allows their partners to "access our product".

It follows an admission by Carey that F1TV was a "beta test" after technical issues hampered its launch in May, and that Formula One would be ramping up commercial efforts behind the subscription-based platform ahead of the 2019 campaign.

"We stablised those issues pretty quickly and we have had a really good end to the season and are looking forward to 2019," Orme continued. "Having wrapped up the season last week, we will haven had a chance to reflect on our launch year and where landed.

"When I look back on it, there are big decisions that could have affected [the launch of the OTT service]. We had a decision to whether to build or buy. There are extremely tech-savvy companies you can go straight to and take a product that can do a good job for you.

"It was quickly a buy-or-hire decision for us [and came down to] whether we were going to take an 'off-the-shelf' template solution or go for some a bit more customised. We put together a selection of partners we felt could give us that 'best-in-class' experience and probably meant [it took] a slightly longer time to market.

"We felt there was going to be a higher upside in the ability to put together a truly Formula One-specific product. We didn't want to build just another [service].

"Maybe we could have made different decisions on all of those points and, as a snowboarder in my spare time, I like the phrase: ‘If you come off a mountain and you haven't had a couple of falls, you probably haven't tried hard enough’.

"There a bit of that Formula One spirit in there and, having had those falls along the way, we didn't make the same mistakes twice, at a time when lots of things can go against you."