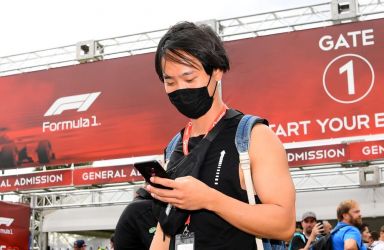 The organiser of Formula One’s revived Turkish Grand Prix has announced plans to host up to 100,000 spectators at Istanbul Park when the global motorsport series returns to the circuit for the first time in nine years later this season.

The venue will host the mid-November race, which could mark the first mass attendance Grand Prix of the 2020 season. While Formula One resumed its season with a reduced race calendar and events held behind closed doors, upcoming Grands Prix will see fans permitted back at racetracks in limited numbers.

Now Vural Ak, chairman of Istanbul Park’s owners Intercity, confirmed that the venue wants to host as many fans as possible, but permission regarding attendance over the three-day race weekend ultimately depends on official health advice amid the coronavirus pandemic.

“Our race, along with those in Portugal and Russia, will be held with spectators,” he said. “For this reason, Formula One management has placed great importance on being able to hold a safe event for the fans, with the support of our public institutions.”

If 100,000 spectators cannot be achieved, reports suggest that Intercity is seeking to host somewhere between 60,000 to 80,000 race fans during the race weekend, while Ak claims that 20,000 could be accommodated from overseas.

As part of Istanbul’s preparations, admission has been priced at TRY₺30 (US$4) per day in a bid to attract fans to the circuit. The decision, Ak continued, followed “intense meetings” with Formula One management.

"By paying only 90 lira [over three days], fans will experience both the excitement of Formula One and other surprises we have prepared for the participants,” he said. “This project is without any expectation of profit. It's more for the publicity and prestige of our country.”

Elsewhere, the Swiss government has also confirmed that soccer and ice hockey stadiums in Switzerland will be permitted to host fans at two-thirds capacity from the start of October.

Spectators will be required to wear face masks as part of new protocols and will also be assigned allocated seats. Away support will still be prohibited from attending matches.