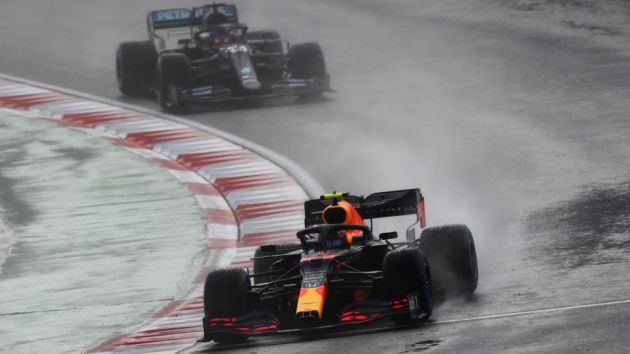 Formula One has announced the cancellation of next month’s Turkish Grand Prix.

The race was set for 13th June but it has been pulled from the schedule after the country was placed on the UK government’s red list.

The Istanbul race will be replaced by a second Grand Prix in Austria, with Formula One officials still hopeful of completing a record-breaking 23-round season.

The French Grand Prix has been brought forward by a week to take place on 20th June ahead of a double-header at Austria’s Red Bull Ring on 27th June and 4th July.

The British Grand Prix at Silverstone remains in its original slot of 18th July.

Bosses of the Northamptonshire circuit are working towards hosting a full house of 140,000 fans with government restrictions due to end on 21st June.

Turkey was only added to the calendar 16 days ago after the Canadian Grand Prix was scrapped following the country’s demand that the Formula One circus quarantine for a fortnight.

But seven of the grid’s teams are based in the UK, and all travellers returning from red list countries face ten days of quarantine at a government-approved hotel.

Turkish Grand Prix officials have asked Formula One to assess whether it is possible to stage the race later in the year.

There remain serious doubts over a number of rounds in the second half of the calendar, with Mexico, Brazil and Australia among those vulnerable because of the complexities surrounding the Covid-19 pandemic.

Stefano Domenicali, Formula One chief executive, said: “We were all looking forward to racing in Turkey but the travel restrictions in place have meant we are not able to be there in June.

“Formula One has shown again that it is able to react quickly to developments and find solutions and we are delighted that we will have a double header in Austria meaning our season remains at 23 races.”

The decision on the Turkish Grand Prix comes a day after it was confirmed that the Uefa Champions League final between Chelsea and Manchester City on 29th May has been moved from Turkey to Portugal.