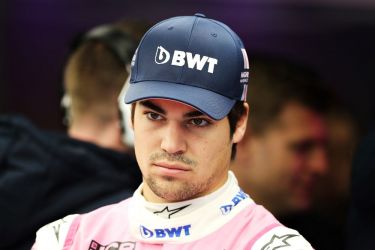 Global motorsport series Formula One has secured a media rights extension in Canada with domestic sports broadcasters TSN and RDS through to the end of the 2024 season.

The two networks, both of which are owned by mass media company Bell Media, will continue to broadcast English and French language coverage of all races from the global motorsport series, including the Canadian Grand Prix on 14th June, as well as qualifying and practice sessions.

Subscribers will also be able to access various Formula One live feeds at once through TSN and RDS’ digital platforms and apps. These feeds, new for the 2020 campaign, include select onboard cameras, a pit lane channel, driver tracker, and a timing channel.

The rights extension continues a broadcast partnership that dates back to 1992 and 1994 for TSN and RDS respectively. The 2019 season was Formula One's most-watched ever on TSN, with audiences across the two broadcasters growing 21 per cent year-on-year, while coverage reached nearly 5.3 million Canadian viewers.

“We are delighted to continue our partnership with Bell Media and believe that both their French and English language broadcast capabilities through RDS and TSN bring Formula One to a wider audience within Canada,” said Ian Holmes, director of media rights at Formula One.

“Our partnership continues to deliver impressive results with 2019 showing strong audience growth which is a very important part of our strategy to bring the excitement of F1 direct to fans.”

Shawn Redmond, vice president, TSN and Discovery, added: “We’re thrilled to extend this long-standing, successful partnership, and expand our coverage of Formula One across all platforms for years to come.

“With two Canadian drivers in the series and a newly expanded slate of in-race live feeds on our leading digital platforms, TSN subscribers can enjoy an even more immersive experience during every race of the season.”