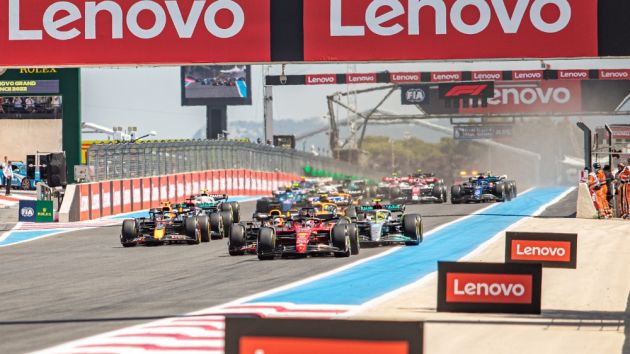 Chinese technology company Lenovo has said the first year of its Formula One partnership is showing “good initial metrics”.

Emily Ketchen, chief marketing officer and vice president for the Intelligent Devices Group at Lenovo, told Sports Business Journal (SBJ) that the company's deal focuses on consumer advertising, like the out-of-home digital and static signage it brought to the Spanish Grand Prix, and having Formula One use its range of products.

When the multi-year deal was announced in March, no financial terms were disclosed, but SBJ estimates that these types of deals typically sit in the low to mid eight-figure range annually.

Lenovo is said to have only used an agency to help with onsite hospitality this season, rather than to help create its broader strategy across Formula One and the wider world of motorsport. Aside from its deal with Formula One, Lenovo is title sponsor of the Ducati MotoGP team and has a team deal with Richard Childress Racing in Nascar.

“The opportunity to tell these stories between F1 and technology in a myriad of different markets makes it truly a global platform, but it is fantastic to be able to bring that to life in the U.S. and North America without a doubt,” Ketchen told SBJ.

SBJ also revealed that Lenovo has a road map that will see Formula One purchase more of its products over time in areas like data storage, mobility, security, and augmented and virtual reality.

Ketchen also said that the company has developed a scorecard to track how successful the sponsorship is and its potential return on investment. While this year's scorecard is not complete, she revealed to the SBJ that “it’s tracking to have very good initial metrics, and we’re putting our heads together on how to make it better next time around”.