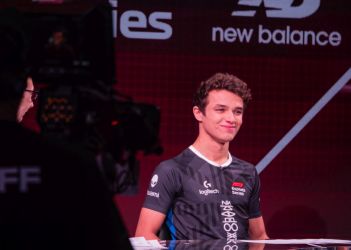 Formula One is taking its esports series to China for the first time, with an all-new regional competition launching in August and running until the end of the year.

The inaugural China Championship will open with qualifying rounds across the country before regional finals, followed by the grand final featuring 100 of the country’s best players.

The champion and runner-up will be rewarded with a place in the 2020 F1 Esports Pro Draft and the chance to compete for a seat with an official Formula One esports team.

The Formula One Esports Series has proven a hit globally since launching in 2017, with reported a 109,000 gamers from 156 countries entering this year’s global qualifying competition. The F1 Pro Series season, which got underway in April, also doubled its prize money to US$500,000.

Now the global motor racing series is turning its attention to the lucrative Chinese market, which Newzoo reported will generate revenues of US$210 million in 2019. As part of its efforts, it has secured Shanghai-based Juss Intellisports as a partner for next month’s China Championship.

Julian Tan, head of growth and esports, Formula One, said: “China is an incredibly important market to Formula One and we believe there is massive potential to grow the passion for motorsport and cultivate the love for F1 as a sport in this region through F1 Esports, particularly amongst our next generation of fans.

Olivia Xue, general manager, Juss Intellisports, added: “For the first time in history, racing fans and enthusiasts in China will have the opportunity to take part in this prestigious sport.

“We will witness records to be made and broken and will wish all aspirants great luck. China is the first country or region to participate in F1 Esports Series globally and we are fully confident that the tournament will be a success this year.”

Elsewhere, Formula One has officially confirmed that its popular Netflix series, Drive to Survive, will return for a second edition.