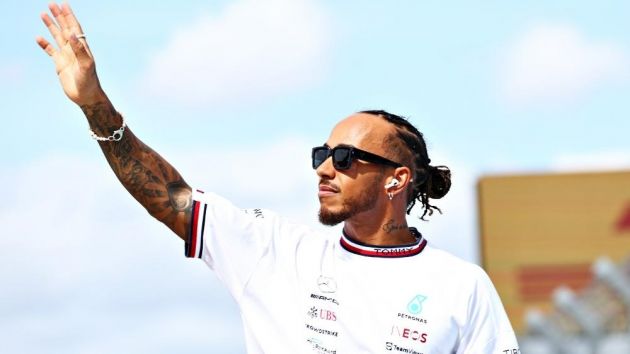 Set up in collaboration with talent outfit Copper, run by his manager Penni Thow, the new company already has two projects on the slate: an untitled feature film starring Brad Pitt and a feature documentary on Hamilton's own journey to Formula One.

In the spirit of the latter, which is set to air either in late 2023 or early 2024, the goal of the production company will be to promote diverse voices, while pushing what Hamilton told Deadline would be “meaningful conversations and impactful storytelling”.

While the first two projects are set to be with Apple, Hamilton confirmed that there is currently no exclusive deal with the technology giant, but he added: “I would love to do more work with Apple. I’m a big fan of the brand. I love the stories they tell and how they go about promoting them. There is an opportunity for us to do more and we’re trying to find more inspiring stories. There’s a lot in the pipeline”.

Expanding on the subject of an exclusive deal if it were to be considered in the future, Hamilton said “it's important we remain open-minded with our approach and it’s important we’re able to voice our key values”.

Hamilton told Deadline that inspiration for launching Dawn Apollo Films came from wanting to ensure the Mercedes driver had the right pillars established in life after the conclusion of his racing career.

He said: “When I do stop racing - which I don’t plan on doing for a while; I still feel I’m in a good place - I want it to be seamless. I want to be able to move on to fully focus on Dawn Apollo Films and to be able to jump in at a similar level to what I’ve been used to.”