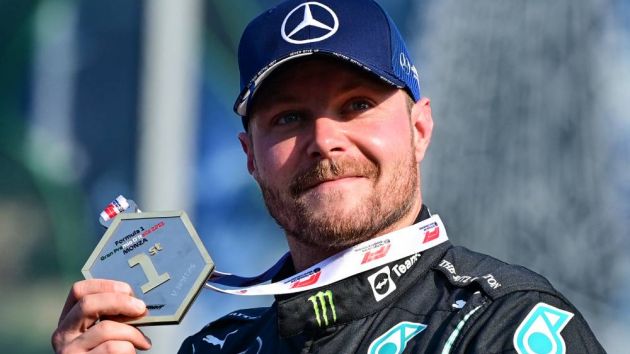 Formula One is planning to run six sprint events during the 2022 season, the series’ managing director of motorsport Ross Brawn has said.

The championship scheduled three sprint events during the 2021 season to trial the new format. The British Grand Prix and the Italian Grand Prix have been used as testing grounds, with the upcoming Brazilian Grand Prix set to complete the series’ experiment.

Despite being yet to complete all three sprint race trials, it seems Formula One bosses have seen enough to expand their number in 2022.

Brawn told Motorsport.com that six sprint races are the target for 2022, with every race promoter expressing their interest in hosting one. So far, it is unclear which locations will host the sprint races.

"We've in principle agreed with the teams that we will look towards six [sprint race] events for next year," Brawn told Motorsport.com. "There is quite a lot to get sorted before then, and our view is that we should take some progressive steps for next year but not radical steps.

"We need to see the impact of the car. So we've been relatively conservative and evolutionary for 2022. But we're positive about the concept and very pleased that Formula One has been brave enough to try an alternative concept at three races to see how it works."

Although there has been some speculation that the sprint races could become standalone events or form the basis for reverse grids, Brawn said this will not be the case. Instead, Formula One is exploring how to shake-up the current format to make it more engaging for fans.

"There's no doubt that we're discussing with the teams how Saturday could be made a bit more challenging, a bit more engaging," added Brawn.

"I'm very optimistic that the new cars will help, because of their ability to race each other. And what's in discussion is how can we make the rewards for a Saturday greater, so there's much more incentive to race on a Saturday in terms of points.

"I think probably reverse grids etc, I'd be quite excited by that I must say. But I think it would be perhaps a step too far. But there's a few things which are on the table for discussion.

"And then perhaps the points distribution for a Saturday could make it more challenging and inviting for drivers to race."

Additionally, Formula One is exploring shaking up the points-scoring system in the sprint races. Currently, the top three finishers score points (three for first, two for second, one for third), but this could change to be as much as a third of the points awarded in Sunday's race.

"Personally we proposed something around a third of the points that you get in a race for the sprint," said Brawn.

"That was the initial proposal, which was not taken up because the feeling was that we need to see how the sprint functions first before we allocated the points. So we think that will be the starting point for the discussion.

"It's significant enough to be worth going for and it goes far enough down that people in lower positions still want to fight for it. But it is not of a number that has over-influence on the championship.

"It will have an influence on the championship, it must have and that's what we want, but not an excessive amount."