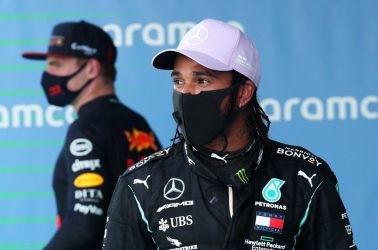 The spike in international audiences was aided by markedly higher interest in the UK, with Lewis Hamilton’s fourth race victory of the campaign from the Circuit de Barcelona-Catalunya attracting 2.9 million British viewers, up 27.9 per cent on the 2019 edition.

Though the British market has proven pivotal to audience growth in 2020, the Chinese market is also showing greater interest in the series this season.

According to the latest figures, the Spanish Grand Prix attracted 1.7 million viewers in China, a 163 per cent year-on-year increase that owed to Formula One moving live coverage to public service broadcaster CCTV.

The Spanish race also drew unprecedented growth in the South African market, with 600,000 people tuning into both qualifying and live race broadcasts, marking a 40.9 per cent jump over 2019.

The British Grand Prix on 2nd August is the only race to see greater year-on-year audience growth. Though international viewership for the race was not made public, live domestic broadcasts attracted more than 3.5 million viewers, making it the series’ most-watched race of the 2020 season.

“The Spanish Grand Prix has continued the trend of impressive Formula One audiences this season so far, including significant growth in key territories,” said Andy Milnes, Nielsen Sports’ head of client services. “Formula One has continued to diversify its output with peripheral programming and a grid of engaging, social media-savvy drivers, and the increasing audience figures reflect the success of this.

“UK audiences were particularly strong in spite of this race not being shown free-to-air in Britain. It is not only a testament to Lewis Hamilton’s ongoing success, but also to the young British drivers – George Russell and particularly Lando Norris – appealing to the younger age bracket of fans and connecting with them through social platforms such as Twitch.”

The 2020 Formula One season next heads to Belgium on 30th August, the seventh stage of a 17-race calendar finally confirmed by Formula One bosses earlier this week.