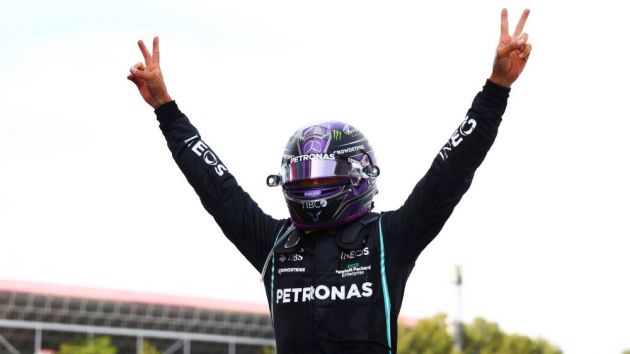 Formula One has announced that the Spanish Grand Prix will remain on its calendar until 2026 after renewing its contract with Circuit de Barcelona Catalunya.

The series has raced at the circuit since 1991 and runs its preseason testing at the venue.

As part of the extended agreement, improvements to the track and its facilities will be made ahead of the 2022 race, including an advancement on the circuit’s sustainability plans.

It had been confirmed last month that next year's Spanish Grand Prix will take place on 22nd May.

"We are delighted to announce this deal with Circuit de Barcelona-Catalunya," said Stefano Domenicali, chief executive of Formula One.

"I want to thank to promoter and the authorities for their enthusiasm and commitment to keeping Formula One in Barcelona, with improvements that will be made to the track and facilities, and continuing our long history together.

"The teams and drivers always look forward to racing at the circuit and visiting Barcelona, and the Spanish fans will continue to see their national heroes, Fernando Alonso and Carlos Sainz up close."

The new Formula One agreement came as the Circuit de Barcelona-Catalunya also secured a deal with Dorna Sports, manager of global motorcycling championship MotoGP, to extend that series’ presence at the venue for another five years.

Under the new MotoGP agreement, the circuit is locked in to host Catalan Grand Prix in early June 2022, with a minimum of two more events to be held between 2023 and 2026 as the Circuit de Barcelona-Catalunya alternates with other racetracks on the Iberian peninsula.

Circuit de Barcelona-Catalunya has hosted a race in MotoGP since 1992, beginning with the European Grand Prix until 1995 and then the Catalan Grand Prix from 1996.

"This contract renewal with the Circuit de Barcelona-Catalunya for five more seasons is, without a doubt, fantastic news for MotoGP," said Carmelo Ezpeleta, chief executive of Dorna Sports.

"The spectacular Catalan track has been linked to MotoGP since the first beginnings of Dorna and has been a key fixture on the calendar each season. This important agreement extending the collaboration until 2026 demonstrates, once again, the commitment shown to our Championship by the promoter."