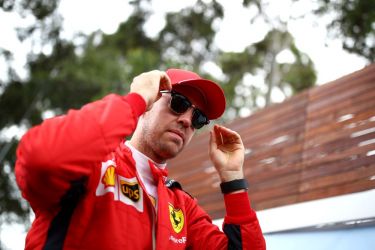 The new contract ensures the global motorsport series will stay on the Comcast-owned network through to the end of the 2022 season.

Marzio Perrelli, Sky Italia’s executive vice president, said: “We are happy to remain a reference point for all motorsport enthusiasts. We went through a healthy emergency period with due concerns but always looking to the future with optimism.

“Sky confirms that it believes in Formula One, one of the pillars of our sports offer, and that we want to continue to enhance the value and tell the story with passion as always, for the love of speed motorsports.”

The deal sees Sky Italia continue to air live coverage from every practice and qualifying session on its dedicated Formula One channel. Support championships, including the FIA Formula Two and Porsche Supercup racing series, will also be added to the pay-TV network's offering.

Under the terms of its present deal, Sky airs at least four races a season, including the Italian Grand Prix, on its free-to-air digital channel TV8, which also carries highlights of all the other Grands Prix. The current cycle also saw Rai, the public-service broadcaster which shared Italian Formula One broadcast rights with Sky between 2013 and 2017, sub-license rights to the Italian Grand Prix.

The delayed 2020 Formula One series is set to start with the Austrian Grand Prix on 5th July and continue with a Europe-centric calendar initially as the series continues to plan around the coronavirus pandemic. The Italian Grand Prix is scheduled for 6th September.

The Sky Italia extension comes hot on the heels of a broadcast agreement between Formula One and the broadcaster's sister network, Sky Deutschland. That deal sees the network become the racing series’ exclusive broadcast partner in Germany from 2021 through 2024, closely mirroring Formula One’s agreement with Sky Sports in the UK and Ireland.