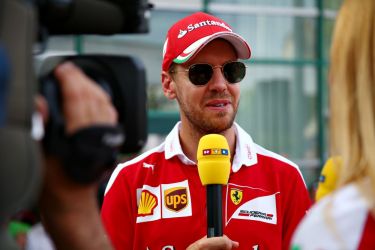 Formula One is disappearing from German free-to-air (FTA) TV after commercial network RTL announced that it would be ending its broadcast partnership and pay-TV network Sky Deutschland confirmed a long-term exclusive deal with the global motorsport series.

RTL’s head of sport, Manfred Loppe, had previously confirmed that the network will relinquish its rights deal, meaning that Formula One will not be on broadcast FTA in Germany for the first time in 30 years.

The Sky deal sees the creation of a dedicated Formula One channel from 2021, mirroring the series' deal in the UK with extensive Grand Prix coverage. Sky will also air four races from every season on FTA, whilst also providing a 30 minute highlight show in front of a paywall and increased social media content.

The aggressive push from Sky Deutschland marks a pronounced shift in strategy over the last few years. Having dropped Formula One in 2017, the Comcast-owned network then went on to announce a rights deal with Formula One for Germany and Switzerland in February 2019.

At the time, RTL had agreed to extend its Formula One rights deal through 2021, though it now appears that Sky is lining up a lucrative bid to take the championship off FTA from next season.

‘When you have competitors in the game who are prepared to offer double as much as you can, you are forced into a position of having to withdraw,” Loppe said in a statement. ‘[RTL] still obviously wants to try, in the future, to present attractive sporting events to our viewers.

‘But it is clear that economic limits will play a role, as well as the changing competitive environment. RTL will forever be associated with the most widely viewed, most emotional, unforgotten moments in the top motor racing series.’

It comes amid a rights market shake-up in Germany with digital sports media company DAZN making a significant entry into the live soccer sector.

In December, Sky Deutschland was ousted by DAZN as Germany’s Uefa Champions League principal broadcaster from the start of European soccer’s 2021/22 season, while the over-the-top (OTT) service has also increased its number of matches from the domestic top-flight Bundesliga during the next rights cycle.

Meanwhile, RTL has said it will now turn its focus to soccer in the wake of ending its Formula One ties. Earlier this year, RTL acquired rights to the Uefa Europa League and the Uefa Europa Conference League between 2021 and 2024, adding to its national team soccer coverage.

RTL’s managing director Jorg Graf added: 'The competition for TV rights has changed, and in some cases the market has overheated. We will now focus on football as the number one sport on TV with our recently-acquired rights package.’

Elsewhere Sky and Discovery, the US-based media giant, have agreed a new long-term distribution and carriage deal across the UK, Ireland, Germany and Austria. The deal includes distribution of the pan-European sports network Eurosport on Sky’s platforms.