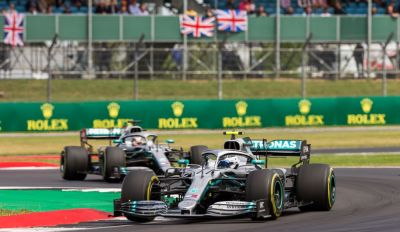 British race track Silverstone is set to host two races this summer after Formula One got the green light from the UK government, according to reports.

The global motorsport series' 2020 championship has, like all sports across the world, been immeasurably disrupted by the coronavirus pandemic.

But the truncated calendar is slowly taking shape and UK culture secretary Oliver Dowden listed Formula One alongside the likes of soccer and racing as sports that are “set to return to our screens shortly”.

The BBC reports that the UK government has given the go-ahead for Silverstone to host two Grands Prix this summer, with elite sports events set to be exempt from the requirement of international travellers to self-isolate for a fortnight.

A Formula One spokesperson, quoted by the BBC, said: “We welcome the government’s efforts to ensure elite sport can continue to operate and their support for our return to racing.

“We will maintain a close dialogue with them in the coming weeks as we prepare to start our season in the first week of July.”

Formula One is expected to confirm this week the European section of the rescheduled 2020 season, starting with two races in Austria on 5th and 12th July and followed by a Hungarian Grand Prix on 19th July, before two races at Silverstone in early August.

Races in Spain, Belgium and Italy are expected to follow on.

All the initial races will be held behind closed doors and teams will operate with the minimum of personnel.