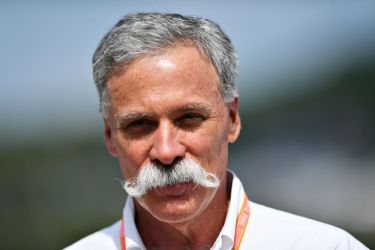 Formula One chief executive Chase Carey has revealed plans to launch a second US-based racing team as talks over taking a Grand Prix to Miami or Las Vegas continue to heat up.

Reports emerged in June that the motorsport series is holding negotiations with Las Vegas authorities over the prospect of hosting an event in the City of Lights in line with Carey’s plans to extend the race calendar.

The series, which already hosts an event in Austin, Texas, and is represented on US soil by the Haas racing team based the North Carolina, has made no secret of its plans to expand the championship beyond this season’s 21 race events.

In the latest development, Carey told investors on 8th August that he plans to meet with representatives in Las Vegas and Miami next week, while also confirming that the official calendar for an extended 2020 season will likely be revealed in the next fortnight.

Carey said: “We have been public about first our opportunity in the US, where the TV audience has grown this year and, when you look at digital, it has been a positive surprise. There are a lot more fans here than I think people believe there are.

“We are excited about those opportunities [and] we have talked about adding races in destination cities like Las Vegas or Miami. We have been engaged for the last year, I am meeting next week with parties there after meetings a month ago.

“We feel we are making steps and, as we firm up the business model, we are talking to people about team ownership – we have Haas US team and we would love to add to that with a high-profile team, and also a US driver, which probably takes longer.

“We recognise that there are multiple elements that are continuing to grow in building the sport and engage the fan base here. It continues to be a priority and I think we are making good headway on it, with the first being to add a race in a city like Miami or Las Vegas.”

Among the confirmed destinations for the 2020 calendar, Vietnam will be added to proceedings, while a first Dutch Grand Prix in 35 years has been all-but confirmed.

Formula One has also agreed contract extensions to their Australian and British Grands Prix in recent weeks, keeping races at Melbourne’s Albert Park and the UK’s Silverstone racetracks until 2025 and 2024, respectively.

In addition, it has also been confirmed that Formula One has secured an estimated US$45 million in private financing to retain the Mexican Grand Prix on the 2020 race calendar, with the Spanish, and Italian Grands Prix also extending their contracts this year.

Amid extension talks next season, the series came in for criticism after a report by the Times newspaper this week claimed that the series was considering taking a race to Saudi Arabia by 2021. Other destinations touted as possible future Formula One hosts, include South Africa and Morocco.

Though doubts have been cast over a race in downtown Miami, in Florida, Carey said that he was buoyed by interest in the Formula One series, which he acknowledged as “an area of revenue growth” for Liberty Media, which took over the series in 2017.

Carey continued: “We do view this as an area of revenue growth. It’s not consistent with every event – in some places the events are more mature – but we do expect and do look for this to actually be an area of opportunity for us.

“Obviously, adding a couple of races is a factor and I think we are very excited about the demand interest in a number of places that want to host a race. We value our historic relationships but it is important to carve out opportunities to add a new race when the demand and appetite is there.

“There are places I think we inherited situations where we weren’t receiving what we should have been receiving when we came in, so between the supply and demand being in our favour and address the race calendar, we do expect this to be an area of growth for us.”