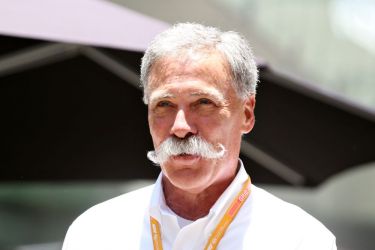 Formula One is on the verge of signing a UK£50 million (US$65 million) a year deal to stage a Grand Prix in Saudi Arabia, possibly as early as next year, according to the Daily Mail.

It was first reported in August 2019 that the global motorsport series had held multiple discussions with interested countries to expand the championship beyond 21 races, with Vietnam and the Netherlands later confirmed as new additions for 2020.

Saudi Arabia was touted as a possible, lucrative destination for Formula One, but the Times reported that the Liberty Media-owned series would only take the sport to Saudi Arabia if a ‘significant’ number of reassurances were made by the state. These include guarantees on human rights, women’s rights and the freedom of the press. It was also reported that an agreement would only be approved under the assurance that every women involved in the event has the same rights as their male colleagues. It is unclear if any of these issues have been resolved.

As well as rights concerns, Formula One has been criticised for essentially legitimising piracy in Saudi Arabia. The series lost its Middle East and North African (MENA) region TV deal with BeIN Sports, worth between US$30 million and US$40 million per year, after the 2018 season, with the Qatar-based pay-TV broadcaster stating that the ongoing fight against illegal broadcasting in Saudi Arabia will have a ‘natural consequence’ on the rights it chooses to buy.

BeIN has consistently complained pirate broadcasting in the kingdom had undermined its MENA exclusivity, with viewers in Saudi Arabia able to watch illegal Formula One broadcasts for free.

BeIN chief executive Yousef Al-Obaidly said: “Speaking as the biggest buyer of media rights in world sport, this is nothing to do with politics. It's commercial theft, plain and simple.

“Every Formula One Grand Prix of the 2019 season was available illegally through Saudi Arabia's BeoutQ IPTV function across the whole of the Middle East, North Africa and the world – destroying the value of the rights. The fact F1 seemingly overlooks this is remarkable from a long-term business perspective.”

Al-Obaidly, who has been named by SportsPro as one of the ten sports industry influencers for 2020, has previously accused Saudi channels of illegally stripping BeIN of other TV exclusivity, including the Premier League, Uefa Champions League and Wimbledon.