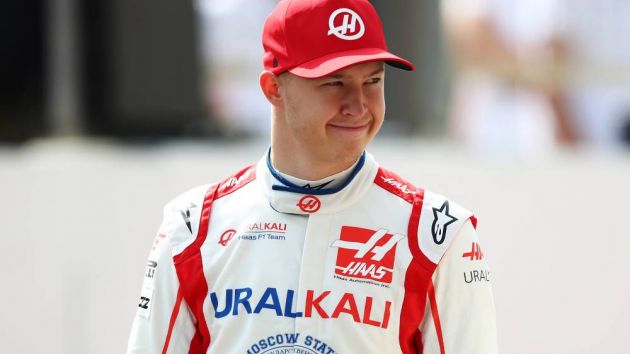 Formula One has opposed the wishes of the International Olympic Committee by allowing Russian and Belarusian drivers to continue racing.

On a day when athletics followed Fifa and Uefa – who announced that all Russian national teams and clubs would be indefinitely barred from their competitions, by banning athletes of those countries from all major events – Formula One’s governing body, the International Automobile Federation (FIA), confirmed that Nikita Mazepin could race on.

Mazepin, the grid’s sole Russian driver, will be permitted to race under a neutral flag, “subject to specific commitment and adherence to the FIA’s principles of peace and political neutrality, until further notice”. Mazepin’s Haas team said: “At this time we decline to comment”.

Haas removed the branding of its title partner Uralkali for the final day of the pre-season test in Barcelona last week. The Russian fertiliser company is part-owned by oligarch Dmitry Mazepin, Nikita's father.

Earlier, former Formula One driver Daniil Kvyat said it would be “unfair” to ban Russians from competing because of the war in Ukraine.

Ben Sulayem, who replaced Jean Todt as FIA president in December, said: “As you know, the FIA is watching the developments in Ukraine with sadness and shock and I hope for a swift and peaceful resolution to the present situation.

“We condemn the Russian invasion of Ukraine and our thoughts are with all those suffering as a result of the events in Ukraine.”

This comes after Formula One cancelled the Russian Grand Prix last week which was due to take place on 25th September. The reason, following Tuesday’s meeting, was cited as Force Majeure.

Ben Sulayem continued: “I want to thank the council members for their prompt action in deciding these measures in the interests of sport and peace.

“We stand in solidarity with Leonid Kostyuchenko, the President of the Federation Automobile d’Ukraine (FAU) and the wider FIA family in the country.

“The measures taken today recognise the authority of the FAU in Ukraine and are also aligned with the recommendations recently made by the International Olympic Committee.

“We are in active discussions with our members as we continue to extend our compassion and support in their time of need. We sincerely hope for a peaceful resolution to their intolerable hardship.”