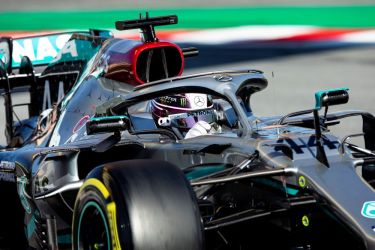 Formula One is negotiating with Portugal’s Algarve International Circuit over the prospect of hosting a Grand Prix at the venue as part of the global motorsport series' revised 2020 season calendar, it has been confirmed.

Formula One managing director Ross Brawn recently suggested that the championship’s eight-race European season could be extended following race enforced cancellations in Singapore, Japan, and Azerbaijan due to the coronavirus pandemic.

Now, with plans to begin the season in Austria on 5th July, Portugal’s 2.91-mile racing track, based in the Algarve’s seaside town of Portimão, looks set to be added to the schedule, having received the required FIA licence two months ago.

A statement read: ‘We confirm that conversations have been going on with [Formula One] in order to host a [Grand Prix] this year at our circuit. We are fully committed in creating all the conditions that are needed for that to happen.

‘We believe our country and our circuit are the perfect venue for a new [Formula One race, [including] the racetrack layout, the size of the circuit and its infrastructures.

‘The fact that the Algarve has been almost Covid-19 free, and the amazing weather and hotels, [it] would surely create the perfect conditions for a great weekend.’

Portugal last hosted a Formula One Grand Prix in 1996 at the Autódrom do Estoril racing circuit. While the Algarve International Circuit has hosted Formula One testing events it has never hosted a Grand Prix.

Formula One, which has been suspended since mid-March, needs to stage 15 Grands Prix to receive all of its TV rights fees for the 2020 season. With a reduced calendar, the series will also be looking to recoup as much revenue as possible from hosting fees, which brought in an average US$28.7 million per event last year.