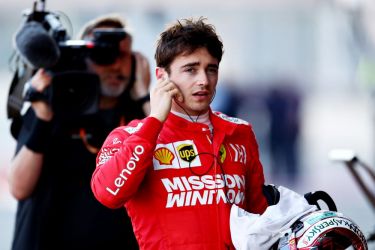 Formula One has posted a US$596 million decrease in second-quarter revenues amid the global motorsport championship’s coronavirus-enforced shutdown.

Income fell by 96 per cent year-on-year to just US$24 million after posting US$620 million during the same period in 2019. Postponements and cancellations to the 2020 Formula One season amounted to US$122 million in operations losses for the quarter.

In total, the global motorsport series generated US$12 million from its primary revenue streams, which comprise of race promotion fees, as well as payments associated with its broadcast partnerships and sponsors.

During the same three-month period between April and June in 2019, Formula One generated US$531 million in primary revenue. Quarterly revenues generated via other sources also fell from US$89 million in 2019 to US$12 million in 2020.

Meanwhile, the Liberty Media-owned series did not make any payments to its teams in the absence of race events, saving on the US$335 million it paid out during the same period last year.

Other revenue-related costs also declined by 85 per cent - from US$106 million to US$16 million - owing to the cancellation of races and deferral of non-critical expenses.

In a statement published to accompany the latest earnings release, Liberty Media said that it ‘continues to monitor and assess the effects of the Covid-19 pandemic on its operations, wholly-owned businesses and various investments’.

The series also furloughed 50 per cent of its employees based in the UK between 3rd April and 30th June. Looking ahead to its results for Q3, it is expected that personnel costs will return to normal on the back of Formula One’s 2020 restart on 3rd July.

In April, Liberty Media handed Formula One a cash boost by transferring a 33 per cent stake in event promoter Live Nation to satellite radio broadcaster SiriusXM, securing US$1.4 billion in liquidity for the motorsport series.

Liberty Media also announced in June that it had amended the term loan worth US$2.9 billion and a US$500 million revolving credit facility linked to its Delta Topco subsidiary, a Jersey-based company primarily owned by the CVC Capital investment firm.

Formula One’s chief executive Chase Carey said: “During the break, we continued to move the business forward with a reduced cost cap for the 2021 season, and announced new broadcast and sponsorship deals.”

The announcement of the Q2 financial results came as Formula One signed an extension to its broadcast partnership with AMC Networks for exclusive rights in the Czech Republic and Slovakia through 2023.

Formula One next arrives in Barcelona for the Spanish Grand Prix on 16th August, having completed races in Hungary, Austria and the UK, including two back-to-back race weekends at the Red Bull Ring and Silverstone.