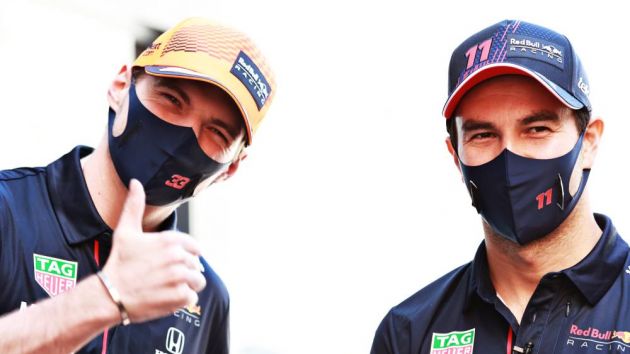 As part of the deal, Tezos will help Red Bull build and create their own non-fungible tokens (NFT) which will be available on the blockchain platform.

NFTs are a unit of data that certifies a digital asset as unique and can be used to represent photographs, videos, audio and other digital files. Fans will be able to purchase NFTs, certifying ownership of unique digital files.

With experiences and Grand Prix attendance limited due to the pandemic, this deal is designed to allow Red Bull to connect with fans in new ways.

Red Bull will be the first Formula One team to create and sell NFTs, a trend which has seen a major upward curve in 2021. Major League Baseball (MLB) and the National Basketball Association (NBA) are just some of the sports properties that have moved into the space.

"Crucially, its energy-efficient design also matches our own long-term future environmental ambitions, and as Formula One moves towards carbon neutrality, the low-impact methodology pioneered by Tezos will be a valuable asset.

"Additionally, Tezos will help us maximize our engagement with our fans through the development of NFTs. This is a hugely exciting space in which we’ve been looking for the right partner and in Tezos we strongly believe we’ve picked a winner that will help us give our fans a new, unique and innovative way to connect with the team."

Ahead of the Monaco Grand Prix, Red Bull have also signed a deal with personal finance platform Cash App.

As part of the deal, Cash App will receive branding on Red Bull's RB16B car from the Monaco Grand Prix onwards and on the race suits of drivers Max Verstappen and Sergio Perez.

In addition, Cash App will utilise the team's platforms to educate fans about personal finances and investment.

Elsewhere in Formula One, McLaren have agreed a deal with analytics automation company Alteryx.

Alteryx branding will feature on McLaren's MCL35M car from the Monaco Grand Prix forwards, as well as on the pit crew, plus the race suits of drivers Lando Norris and Daniel Ricciardo.