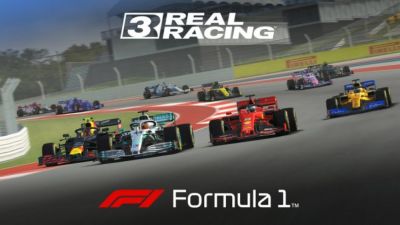 Formula One has licensed its global motorsport series to racing simulation game Real Racing 3 after striking a partnership with the game’s publisher and developer, Electronic Arts (EA) Firemonkey Studios.

The deal with Real Racing 3, hailed by Formula One as the ‘most popular racing simulation game on mobile’, will see players will now be able to choose which team and driver they want to race as from this year’s grid.

In addition, to coincide with this weekend’s Abu Dhabi Grand Prix, the final race of the campaign, the Yas Marina Circuit will debut in-game as the event happens in real-time on 1st December. Four additional 2019 Grands Prix across iconic circuits including Monza, Silverstone and Suzuka also will be playable in-game.

The in-game integration of Formula One content is designed to bring in new players, fresh events and challenges, as well as an upgraded gameplay experience. This includes a Formula One hub, daily race, champion series, Grand Prix career special events and invitationals, along with further content offerings such as merchandise giveaways.

“The partnership between EA Firemonkeys and Formula One is an incredibly exciting opportunity for our players to experience the next evolution of the game in a new and innovative way,” said Joe Donoghue, general manager at EA Firemonkey. “This collaboration means that fans of Formula One can for the first time ever access and play as their favourite Formula One teams and drivers in Real Racing 3.”

The partnership continues Formula One’s march into the gaming sector. In July, it confirmed it would be taking its esports series to China for the first time, rewarding the champion and runner-up of the China Championship with a place in the 2020 F1 Esports Pro Draft.