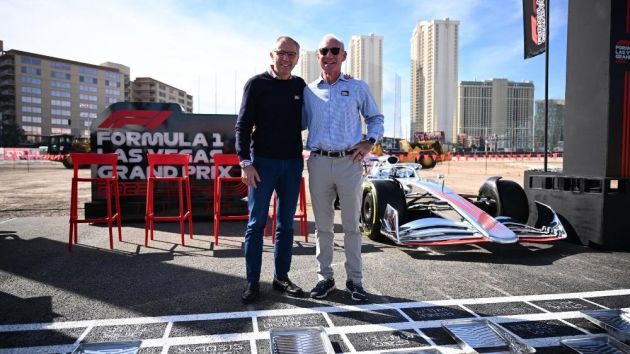 Formula One has posted revenues of US$715 million, a seven per cent year-over-year (YoY) increase, although down on the US$744 million Q2 revenue figure from earlier this year.

The decision to abandon the race in Russia was cited as one of the reasons for the slightly lower income figure. Due to the fact flyaway races pay more to host, revenue was understandably lower than it could have been.

Seven races took place in the Q3 period in both 2021 and 2022, with the French Grand Prix marking the only difference due to the enforced absence of the Russian Grand Prix.

Formula One continues to succeed with general attendances, with ten races achieving crowds of over 300,000, three of which exceeded 400,000. For example, Austin saw 440,000 fans attend its weekend, more than double the 2019 attendance.

Across the ten races where Formula One has gathered data this year, 50 per cent of the total crowd were first-time attendees, while there has been record sales in the Paddock Club and other hospitality products.

Q3 also saw the three-year renewals of the Monaco and Mexican Grands Prix, in addition to a one-year extension for the Belgian Grand Prix, all part of a record-breaking 24-race calendar next season, although the Chinese Grand Prix is unlikely to go ahead.

According to Greg Maffei, president and chief executive of Liberty Media, the Mexican Grand Prix has generated US$2.4 billion worth of economic activity and created 57,000 jobs between 2015 and 2021.

Further news saw Audi officially announce Sauber as its technical partner for the 2026 season, having previously revealed its intention to join the global motorsport series.

In terms of sponsorship, Formula One expanded its existing partnership with AWS to a global scale, something that will be reflected among the numerous media rights extensions that were signed over the last few months.

Sky extended its rights in Germany and Italy until 2027 and the UK and Ireland until 2029, and the BlackBook spoke to Ian Holmes, director of media rights at Formula One, about what impact this deal will have.

On the Q3 earnings call, Stefano Domenicali, president and chief executive of Formula One, confirmed that the global motorsport series is looking for "F1 TV to be incorporated in the offer to our customers".

Elsewhere, ESPN signed a three-year extension for the US rights, and at least 16 races will be shown on either ABC or ESPN per year. The 18 races in 2022 have seen an average audience of 1.2 million, up from 994,000 last year.

Maffei confirmed the short-term nature of the deal was because Formula One believes it will do better on renewals, with the goal to see how the market looks in three years' time and reassess the value of the contract.

ServusTV also extended its free-to-air (FTA) media rights deal in Austria until 2026, while Telcel and Telmex in Mexico will bring F1 TV Pro to its subscribers.

During the call, Domenicali confirmed that Formula One is "ready to discuss" with a potential 11th team, but that it would have to be an "incredible new entry" to get them to sit down. The focus remains on the fact that existing teams "cannot allow any dilution of their financial partnership with the Formula One championship".

This comes after renewed efforts from Andretti Autosport to join Formula One following the United States Grand Prix, although Domenicali has previously stated the series is in no rush to add teams like Andretti.