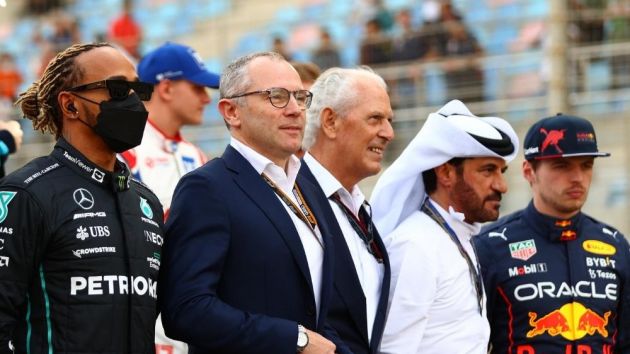 Formula One saw its Q1 revenue increase by 100 per cent year-over-year (YoY) to US$360 million for the three months ended 31st March 2022, the series’ owner Liberty Media has revealed.

Formula One saw revenue growth across race promotion, media rights and sponsorship. The increases were driven by two races being held in the first quarter of 2022, compared to just one in the same period last year. Liberty noted that race attendances in 2021, particularly at the start of the season, were limited due to the pandemic. Formula One’s Paddock Club VIP hospitality offering also did not operate in the first half of last year’s campaign.

Formula One does not expect its results in 2022 to be impacted by such capacity limitations, though fan attendance continues to be assessed by relevant government authorities on a race-by-race basis.

Growth in subscription revenue from the series’ F1 TV streaming service helped boost media rights, alongside broadcast extensions with the likes of Australia’s Foxtel and Singapore’s StarHub. Notable deals with MSC Cruises, Lenovo and Tata Communications during Q1 2022 contributed to the uptick in sponsorship revenue.

“We’ve had a phenomenal start to the 2022 Formula One season, building on our momentum from a successful 2021,” said Stefano Domenicali, president and chief executive of Formula One.

“The new cars and regulations are delivering as we had hoped, enabling closer racing, more overtaking, battles through the field and thrilling results.

“Our events are attracting growing audiences both in person and across all our platforms.”

Greg Maffei also shed further light on Formula One’s broadcast performance so far this season. Speaking on an earnings call, the president and chief executive of Liberty Media revealed that the viewing audience for the series’ sprint race at last month’s Emilia Romagna Grand Prix was “up 28 per cent versus the qualifying last year at Imola”.

“We also see record demand in the US early in the season,” Maffei continued. “On ESPN, viewers for the Sunday race in both Saudi [Arabia] and Bahrain were up 56 per cent.”

Ahead of next year’s Las Vegas Grand Prix, Maffei also confirmed Liberty Media had agreed to acquire 39 acres of land east of the city’s strip. He said this will be used “to lock in circuit design and create capacity for the pit and paddock”. Maffei expects the transaction to close in the second quarter and for it to cost US$240 million.