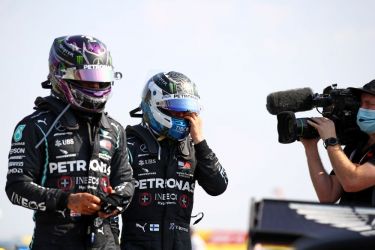 Formula One has confirmed the launch of its premium F1 Pro over-the-top (OTT) service in Brazil alongside a new five-year media rights agreement with investment firm Rio Motorsports.

Under the terms of the deal, which will run between 2021 and 2025, Rio Motorsports will take on distribution of Formula One’s broadcast rights in Brazil, succeeding commercial broadcaster Globo which has broadcast the series since 1980 but sees its current deal expire at the end of the 2020 season.

Rio Motorsports will likely sublicense the rights to pay-TV, free-to-air (FTA) and digital broadcasters in Brazil.

Digital services will go up against Formula One’s own F1 Pro streaming service, which is set to be introduced to the Brazilian market for the 2021 season.

F1 TV’s basic Access subscription offering, which is priced at US$2.99 per month or US$26.99 per year, is already available in Brazil.

Meanwhile, Rio Motorsports is also reportedly in talks with Formula One over the prospect of bringing a race to Rio de Janeiro from next season, while the company is currently managing the construction of a new track in the Samba city.

The Brazilian Grand Prix has been held at Interlagos in São Paulo since 1990, though its current contract is set to expire at the end of the 2020 season, with an extension yet to be confirmed.