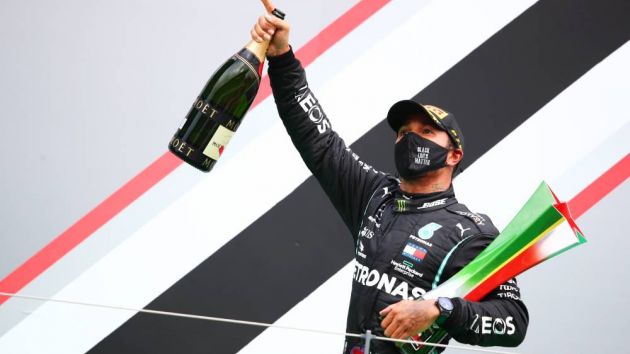 Formula One has announced that Portimao in Portugal will fill the vacant third slot on its race calendar this season.

Motorsport’s premier series announced in February that Portimao was intended to fill the 2nd May slot after it was originally dropped from the 2021 calendar. As the Australian Grand Prix was moved to November and the Chinese Grand Prix was removed from the schedule, Portimao became an option.

Formula One returned to the circuit for the first time in 25 years in 2020, with Lewis Hamilton securing a record-breaking 92nd victory in October.

Local race promoters and the Portuguese government are working closely with the series regarding fan attendance after 27,000 spectators were permitted to visit the circuit in 2020.

“We are thrilled to announce that Formula One will be racing again in Portimao after the huge success of the race last year,” said Stefano Domenicali, Formula One’s chief executive. “We want to thank the promoter and the Portuguese government for their hard work and dedication in getting us to this point.

"We are confident and excited about our 2021 season, having shown last year that we could deliver 17 races safely and bring our millions of fans thrilling racing at a difficult time. We hope to welcome fans to Portimao again this season in a safe way and are working with the promoter on the details of that plan.”

Elsewhere in Formula One, race promoters in Bahrain have announced that fans will only be allowed to attend the Grand Prix if they have received both Covid-19 vaccination doses or prove they have recovered from the virus.

Fans will be required to wear face coverings at all times and will be screened upon entry to the Bahrain International Circuit, which hosts the season-opener on 26th March.

Meanwhile, the promoters of the Azerbaijan Grand Prix in Baku have announced that their race will take place behind closed doors, according to Autosport.

The race has been slated for 6th June, and although promoters were hoping to host spectators, safety concerns mean that no fans will be in attendance.