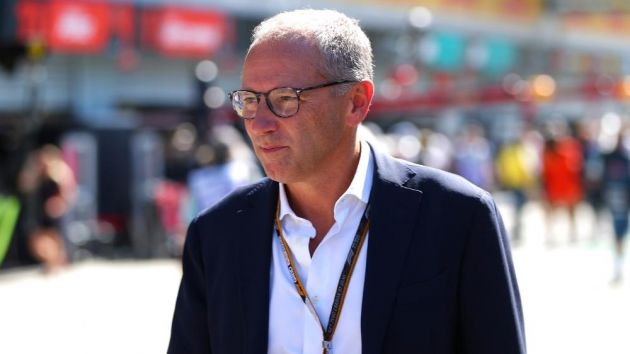 Formula One president and chief executive Stefano Domenicali believes other manufacturers can fill the void following the collapse of Porsche’s deal with Red Bull Racing.

The German marque had been expected to take a 50 per cent stake in the Red Bull team but, following multiple delays, the partnership has now been called off altogether.

“I can only say that Porsche is an integral part of the group that has discussed and continues to discuss the rules behind the new power unit that will come into force in 2026,” Domenicali said at the recent Italian Grand Prix.

“We have all read comments from Porsche and Red Bull, and it will be up to them to decide what to do.

“But I believe that we as Formula One are currently a very inclusive platform. There are also other manufacturers sitting at the table who prefer not to come out into the open.”

One of these manufacturers could be Honda, which is reportedly weighing up a return to the global motorsport series in 2026.

Helmut Marko, Red Bull’s team advisor, has gone as far as to reveal that the racing outfit is currently holding talks with its former engine partner.

“Now that Porsche’s cancelation has become official, we have received some surprising enquires,” Marko told Austrian radio station OE3. “We are in talks with Honda.”

When asked why the deal with Porsche fell through, the 79-year-old said Red Bull decided that “neither side” would have benefited from the arrangement and the Volkswagen-owned brand was pushing for more control.

“Ultimately, Porsche wanted to fill or double-fill every position at Red Bull,” said Marko. “In other words, they wanted to control almost everything. Of course it doesn’t work that way.”

He added: “It became clear as we talked that we would have become too bureaucratic and lost our flexibility as a team.”

Despite the union with Porsche now off the table, Marko believes that Red Bull is “in a good position” thanks in part to the development of its Red Bull Powertrains programme. On the track, the team leads the constructors’ championship and driver Max Verstappen tops the drivers’ standings.

“We have the fastest driver until 2028,” said Marko. “We have Adrian Newey, the best engineer. And we have an engine factory that will be fully operational within 55 weeks.

“The first engine has already fired up. That means we are completely self-sufficient.”