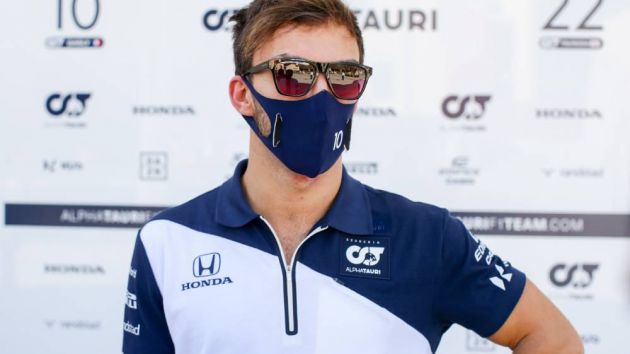 AlphaTauri driver Pierre Gasly has announced a partnership with the Fantom Foundation and Quantum Fintech Group.

The deal will see the Frenchman promote Fantom during the 2021 Formula One season.

Fantom is a decentralised network built on blockchain technology and can be used for payments, decentralised finance applications, supply chain management and authenticity tracking.

Gasly is entering his fourth full Formula One season as AlphaTauri’s all-time top point scorer having secured two podium finishes in his career, including a maiden win at Monza in 2020.

"I’m excited about this partnership between myself and Fantom," said Gasly. "I’ve been interested in cryptocurrencies, the economy and stock markets for quite some time and after meeting Harry [Yeh, fund manager at Quantum FinTech group, owners of Fantom] and hearing his vision for Fantom, it was clear this partnership would be a great fit."

The deal, which adds to Oakley’s partnerships in sports like the National Football League (NFL) and Major League Baseball (MLB), will include branding on the helmets of drivers Lance Stroll and Sebastian Vettel.

"It’s a privilege for Aston Martin Cognizant Formula One Team to be bringing the Oakley name back into Formula One," said Jefferson Slack, managing commercial and marketing director at Aston Martin.

"It’s a brand with an incredible sporting heritage; one that’s also synonymous with cutting-edge performance and technical innovation – so it’s absolutely a perfect fit for the team."