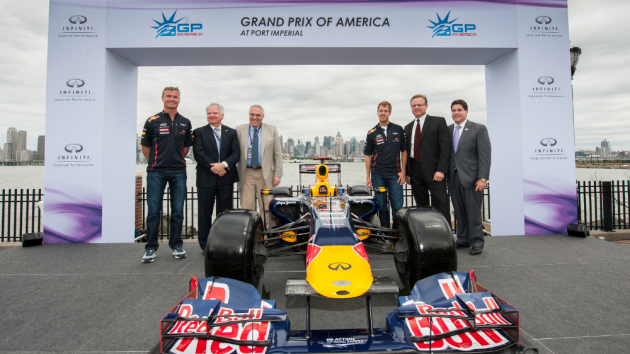 Formula One has been offered the chance to race in New York City, but the global motorsport series’ owner Liberty Media has downplayed the prospect of adding a fourth US-based Grand Prix to the calendar.

Speaking at an event in New York on 19th May, Liberty president and chief executive Greg Maffei revealed that a potential site on Randalls and Wards Islands had been proposed by new mayor Eric Adams. However, the conglomerate didn’t deem it suitable.

“The Eric Adams administration has reached out asking for one,” said Maffei. “I think that’s very difficult. Their proposal, Randalls Island, is probably not our perfect venue.”

He continued: “I think the reality is street races in a place like New York are just very, very, very hard. Las Vegas is one of the few places in the United States you could probably get a street race done, it has a different mentality.

“New York is a wonderful venue, but it’s hard to see that they’re going to shut Central Park for us.”

Asked if he would like to see a New York race, Maffei replied: “I suspect there a few other groups which might not, so probably a fight we don’t need to have.”

Former Formula One boss Bernie Ecclestone had attempted to secure a race in, or close, to New York and a site at Port Imperial in New Jersey was considered. The race found itself on the calendar in 2013 and 2014, but logistical and financial issues meant the event was scrapped.

The 2023 season will see Formula One race three times in the US, with Grands Prix in Austin, Miami, and Las Vegas all confirmed.