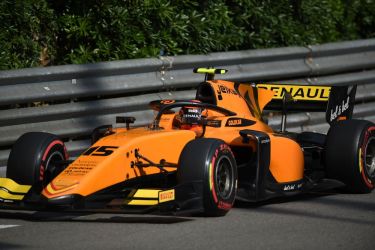 Monaco-based MIM Group is backing a planned Spanish team to enter Formula One in 2021, despite the Liberty Media-owned sport playing down the prospect.

The company, which has links to Formula Two and Formula Three’s Campos Racing Team, released a statement saying it had a team of experienced and highly regarded former Formula One engineers working on a preliminary study.

‘The team is now at an advanced stage of negotiations with current Formula One teams and engine manufacturers to ensure the best possible partnership for a competitive Spanish Formula One team from 2021 and onwards,’ the statement read.

The statement goes on to mention meetings in May and July with Formula One’s chief executive Chase Carey and director of motorsport Ross Brawn to discuss joining the grid. Pascal Wehrlein, who last raced in the sport in 2017, is also apparently set to be one of the drivers.

‘Joining the Formula One World Championship in 2021 shall be a long-term project,’ Campos co-owner and MIM founder Salvatore Gandolfo added in the statement. ‘We are aware of the big challenges ahead of us, but we have a team of experts working day and night and the financial solidity required by the FIA to make this project a success.’

However, the global motor racing series has issued its own statement cooling the prospects of any new teams joining in 2021, which would coincide with major rule changes designed to make the sport more competitive and affordable.

‘Following publicity in recent days from several entities that have indicated their ambition to participate in the FIA Formula One World Championship from 2021, while Formula One appreciates their interest, we can confirm that there are no serious discussions with any persons or companies about the admission of a new team,’ the statement read.

As well as Campos, Panthera Team Asia was another outfit mooted for a spot on the 2021 grid, but that looks unlikely given Brawn had already reiterated in August that would-be entrants will have to wait.

“What we’ve said to these teams is: let’s get these rules introduced, let’s stabilise the situation, let’s get everything working properly before we seek more teams,” he said.

“I think ten healthy teams in Formula One is actually enough, and if we do get any extra teams they’ve got to really add to the show. We must remember the history, so many small teams came and went and didn’t really add to Formula One.”

Three new teams who entered in 2010 did so when a budget cap was proposed for the sport. It was never finalised, and they are all now defunct.