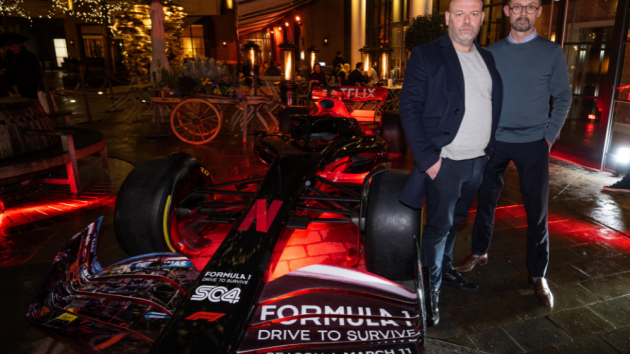 As Formula One’s US broadcast partnership contract approaches its renewal date, Netflix is among four bidders seeking to secure the global motorsport series TV rights, according to Business Insider.

Disney-owned ESPN, which has broadcast the series in the US since 2018 has confirmed an interest in renewing its contract, with Comcast-owned NBC and Amazon also reportedly in talks with Formula One.

According to Business Insider, ESPN’s opening bid was in the region of US$70 million, which is some way short of the US$100 million that Formula One is apparently expecting. In 2017, ESPN agreed to pay only a nominal annual fee for the Formula One rights and after extending contract in 2019 for a reported US$5 million a year fee has seen significant growth in its broadcast audiences.

The significant increase comes down to the swell in viewing figures for the sport in the last few years. Notably, the Miami Grand Prix on 8th May managed an average viewership of 2.6 million on Disney-owned ABC, the largest ever audience for a live Formula One broadcast on US television.

Netflix, which is behind the Formula One docuseries ‘Drive to Survive’, has never stepped into the arena of live sports before, which makes the bidding process difficult due to its lack of an in-house sports negotiator.

However, since seeing subscriber numbers decline by 200,000 at the start of this year, wiping US$50 billion off its market value, the streaming giant has begun the process of building live programming capabilities.

Compared to other US major sports, Formula One would present a fairly cheap investment for the company and would most likely provide the foundations for the launch of Netflix’s advertising-supported subscription tier, currently expected to be unveiled at the end of this year.

“Based on the success of ‘Drive to Survive’, it would seem obvious that Netflix would be an interested participant and that Formula One would feel similarly,” said Sean Bratches, former managing director of commercial operations at Formula One.

Bratches agreed the initial deal that saw Netflix launch the ‘Drive to Survive’ series and, notably, he also used to work for ESPN.

“We are aggressively pursuing a renewal,” said John Suchenski, director of programming and acquisitions at ESPN.

“We feel that we have a distribution package and event presentation that can’t be matched in the industry and the viewership and exposure growth they have received since returning to ESPN platforms in 2018 is reflective of what we can do for them.

“It has been a mutually beneficial relationship. Understandably, they are looking at other options. We had very good meetings with them in Miami recently and are in constant communication.”

Crucially, Netflix co-chief executive Reed Hastings gave an interview to German magazine Der Spiegel last year where he laid out the company’s plans loud and clear. He explained: “A few years ago, the rights to Formula One were sold. At that time we were not among the bidders, today we would think about it.”