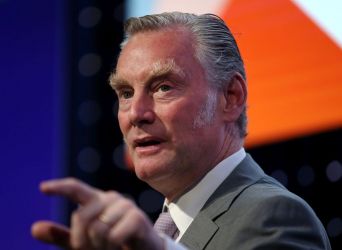 Global motorsport series Formula One has held talks regarding the staging of a future Grand Prix in African nation of Morocco.

Sean Bratches, Formula One’s managing director of communications, revealed that discussions have been held regarding staging a race in the city of Marrakech.

Formula One last staged a race in Morocco back in 1958, with Stirling Moss winning at track near Casablanca. Now, 61 years on, Bratches is eyeing a return to the city where electric motorsport series Formula E has held races for the last three years.

Speaking at the Sport Industry Breakfast Club, Bratches said: “We have proactively been approached by Morocco and Marrakech to take a Grand Prix there. There is a high degree of interest.”

Whilst Morocco has emerged as a new potential destination Bratches still holds hopes of a South African stop-off, adding: “Formula One raced in South Africa before – there is a historic track in Kyalami. We are looking in the short term to have a race there. It is really important to us to have a race in Africa.”

The potential addition of a Moroccan race follows the news that next year Formula One will return to the Netherlands for the first time since 1985 with a race to be held at the historic Zandvoort circuit. There will also be a new Vietnam race held on the streets of Hanoi.

Whilst this means there are two new races and potentially a third, Bratches doesn’t suspect the schedule will expand beyond the current 21 race calendar.

Mexico, Spain and Germany all have hosting contracts that expire at the end of 2019, with any new races expected to replace them in a one-in-one-out policy.

Bratches added: “We are optimistic about the prospect of a 21-race calendar again next year. I don’t think we are going to have more than that.”