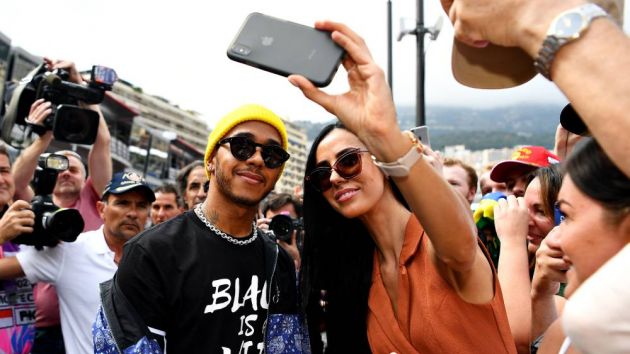 Race organisers are keeping an eye on the ever-changing situation and are hoping that it will be safe enough for a limited number of fans to attend the street circuit race.

The Monaco Grand Prix is set to take place on the 23rd May and is one of the most popular and glamorous races on the calendar.

"We are monitoring the situation on a daily basis, which is changing hour by hour," Stefano Domenicali told Sky TG24.

"In the next Grands Prix of Portugal and Spain, unfortunately we will not have anyone, but Monaco is presented as the first where a limited number of people should be admitted on Sunday.

"It gives us hope for the future, because if the situation improves there will be a gradual reopening and fans will have the opportunity to participate."

Monaco recently loosened Covid-19 restrictions but did not specify guidelines for the upcoming Formula One race.

The season opener Bahrain Grand Prix allowed fans to attend in limited numbers if they had been vaccinated or could prove they recovered from Covid-19.

With fans attending races in person regarded by Domenicali as an important element of the series, he hopes that it will be possible for them to return soon.

"There is an incredible physical desire for Formula One, not just on television," he added.

If fans are allowed in for the Monaco race, they will not be able to see any of the recently announced sprint qualifying sessions. Series managing director of motorsports, Ross Brawn, has confirmed that the historic track is not going to be one of the three venues used for the new qualifying format.

"I’m not sure this format would be as successful at Monaco," Brawn told the Formula One website. "We’re considering these weekends being ‘grand slam’ events, spread through the season, so it is something different.”

If the sprint sessions prove a success, the series will consider implementing this format on a broader scale from 2022 onwards, Brawn confirmed.

"I don’t think it’ll go to the whole season, I think it’ll be a limited number of races, but that is to be decided," he said.

The 2021 Formula One season continues on 2nd May at Portimao, Portugal.