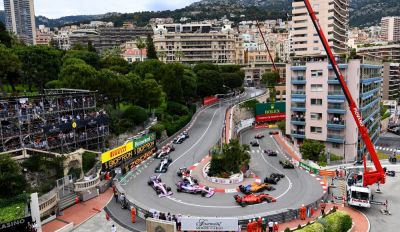 The Formula One global motorsport series has now postponed the Dutch and Spanish Grands Prix and cancelled the race in Monaco due to the coronavirus pandemic.

The latest event alterations come after the first four races in Australia, Bahrain, Vietnam and China had already been called off.

The sport's governing body, the International Automobile Federation (FIA), says it expects the 2020 season to begin 'as soon as it is safe to do so after May'. As for the newly potsponed races, the FIA confirmed it will look at 'potential alternative dates later in the year'. The first Grand Prix of the 2020 season is now set to be in Baku, Azerbaijan, on 7th June.

In a joint statement with Formula One and the race promoters, the FIA said decisions were taken 'to ensure the health and safety of travelling staff, participants and fans'.

Whilst the Monaco and Spanish Grands Prix have been regular fixtures on the Formula One calendar, the race at the Zandvoort Circuit was set to see the series return to the Netherlands for the first time since 1985.

The update comes after Formula One had earlier brought forward its planned July and August mid-season break, extending the fortnight that teams usually down tools for three weeks across March and April.

The FIA's earlier statement regarding the scheduling change said: 'In light of the global impact of the Covid-19 coronavirus currently affecting the organisation of FIA Formula One World Championship events, the World Motor Sport Council has approved a change to the 2020 FIA Formula One Sporting Regulations, moving the summer shutdown period from July and August to March and April and extending it from 14 to 21 days.

'All competitors must therefore observe a shutdown period of 21 consecutive days during the months of March and/or April. The change was supported unanimously by both the F1 Strategy Group and F1 Commission.'

In response, the Red Bull racing team has thrown its support behind the decision to move the break forward, stating: 'Whilst we would all love to return to racing, the severity of this global pandemic is changing by the hour and the impact transcends our sport. We therefore agree with the measures being taken to reduce the risk of transmission and will support any further race postponements that are deemed necessary.'

Alfa Romeo has also announced that its Formula One team will be shutting down between 23rd March and 13th April.