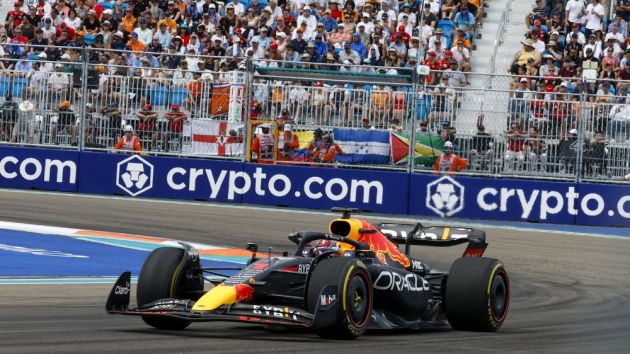 The upcoming Formula One Miami Grand Prix will benefit from an increase in capacity, with an additional 3,000 grandstand seats bringing the total number to 56,000.

As previously announced, this expansion includes a hospitality overhaul, with 61 hospitality suites and two luxury club spaces being added to the campus.

The hospitality offering will receive particular attention after sponsors were left underwhelmed by the experience last season.

An upgraded three-day general admission campus pass is also on offer, enabling fans to access unique locations around the track, including an elevated viewing platform on Trackside Lane.

This move takes the Miami Grand Prix one step closer to its goal of “100,000 [spectators] a day”, something that Tom Garfinkel, managing partner of the event, previously stated he was striving for.

“Our first race last May was a sell-out success in which more than 240,000 spectators visited Miami International Autodrome for an unforgettable experience,” said Tyler Epp, president of the Miami Grand Prix.

“Due to overwhelming demand we have been maximising the venue to increase grandstand capacity, expand hospitality and to improve the experience for our general admission campus pass ticket holders, to give the opportunity for even more fans to experience the incredible spectacle of the Miami Grand Prix.

“In everything we do we are committed to providing an unparalleled fan experience to ensure Miami will be one of the must-attend races on the Formula One calendar for the next decade.”

Last year, the Miami Grand Prix reportedly boosted the local economy by US$349 million after 243,000 spectators attended, so this will be expected to rise with the increase in capacity.