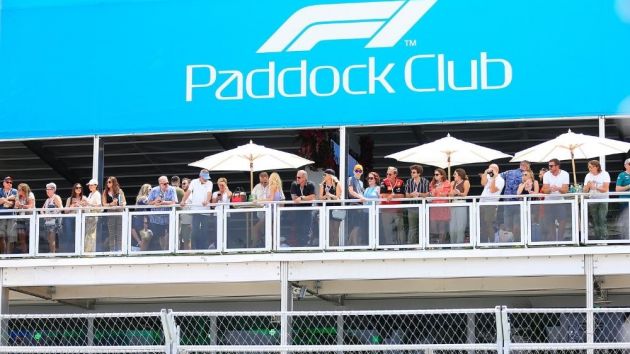 Formula One’s inaugural Miami Grand Prix has proved highly divisive after reports of dissatisfaction among teams and sponsors, as well as an operating loss for the race weekend.

The event had been aiming to turn a profit in its first outing and secured a number of sponsors for the race, including title partner Crypto.com, Red Bull and Gainbridge.

However, Tom Garfinkel, the managing partner of the event, said higher than anticipated costs are set to result in an overall operating loss.

“If you would have asked me six months ago, I would have expected this to make money based on where the revenues were headed,” Garfinkel told Motorsport.com.

“But based on where the expenses headed, we’re not going to make one this year. However, it was very important for us to deliver a great event.

“The expenses far exceeded our expectations, but it was because we were trying to do everything we could first class to be on brand for what F1 is and the kind of event we wanted to deliver.”

Meanwhile, Formula One journalist Adam Cooper reported that teams and sponsors were not happy with the quality of service at the global motorsport series’ Paddock Club VIP hospitality offering.

In a tweet, Cooper stated that ‘wealthy F1 newcomers/potential sponsors won’t be coming back after a bad first experience’. He later added that senior marketing executives involved with the Miami Grand Prix blasted it as a ‘shit show’.

Cooper cited ‘poor catering, bad service, no shuttles, car parks miles away, [and] traffic jams to get out of them’ as some of the main complaints from punters who had forked out US$13,000 for a ticket.

A lot of good things about Miami but teams and sponsors not happy with the quality of service in the Paddock Club, run locally rather than by the usual F1 organisation. Tickets are $13,000 so people expect 5 stars... First world problems I know, but lessons to be learned

In terms of attendance, Hard Rock Stadium saw 242,955 fans come through the gates, including 85,280 on the day of the Grand Prix. Garfinkel hopes to increase that number for next year’s race.

“We certainly had demand to sell a lot more tickets, but I want to get people in and out of here, concessions, bathrooms, and all of those things, to try to do that really well,” he said.

“I’d like to get to 100,000 a day. If we can get there next year, we’ll do that. But if we don’t feel like we can do that, and give everybody a great experience, we will grow it more slowly.”

The Miami Grand Prix had faced fierce opposition from local residents, who filed a lawsuit in the lead-up to the event, claiming the loud noise being generated could cause hearing damage. The attempt to block the event was dismissed in court by a Florida judge last month.