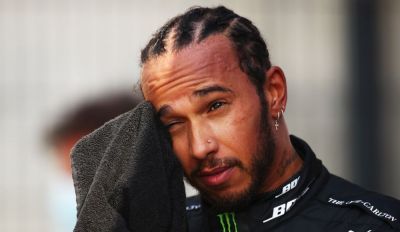 Formula One says it is ‘moving forward’ with its 2021 Concorde Agreement and ‘will not be delayed any longer’ despite opposition to the new set of commercial terms from reigning world champions Mercedes.

Liberty Media, the owner of the global motorsport series, has been pushing for a more equitable distribution of revenue under the new agreement in an attempt to address the competitive imbalance in the sport.

However, speaking ahead of the 70th Anniversary Grand Prix at Silverstone on 9th August, Mercedes F1’s team principal and chief executive Toto Wolff said he was unwilling to sign the agreement in its current form, stating that the Brackley-based team would be the “biggest victim” of the new arrangement.

“We in Mercedes made it very clear that we are happy with a more equitable split of the prize fund, the way success is rewarded and possible for everybody, we agreed to,” he said. “We are, I would say, the biggest victim in terms of prize fund loss in all of that. Ferrari has maintained an advantageous position, for Red Bull obviously it balances out with Toro Rosso [AlphaTauri], so it's us that are hurt the most.”

Wolff also suggested that the new agreement failed to reflect the contribution to Formula One made by Mercedes and their number one driver Lewis Hamilton, who has won the last three drivers’ championships.

“I feel that Mercedes has contributed to the sport over the last years,” Wolff continued. “Apart from being competitive on track, we have the driver that has clearly the most global appeal and we feel that, while being in those negotiations, we weren't treated in the way we should have been. Therefore there is a bunch of open topics for us that are legal, commercial and sporting, and in our point of view, I don't feel ready to sign a Concorde Agreement.”

It leaves Formula One and its most successful team of recent years at a standoff just days before the 12th August deadline set for the 2021 Concorde Agreement to be signed.

Several other teams, including Ferrari, McLaren and Williams, have said they are either ready or nearly ready to commit to the deal, which dictates how prize money and television revenues are distributed across the sport, as well as the terms under which teams compete in races.

When asked what needs to happen for Mercedes to sign up to the agreement on 12th August, Wolff said: “That depends on the other side. If you are willing to sit at the table, address the critical topics, discuss them, come to maybe a compromised outcome, then I think it can go pretty fast. But I haven't seen that approach.”

Wolff’s comments prompted a swift response from Formula One, which said in a statement: ‘Formula One has engaged with all teams in a collaborative and constructive way and listened to all their views. This agreement is important for the future of the sport and all our fans. We are moving forward with this and will not be delayed any longer.’

Formula One has already confirmed that its new cost cap for the 2021 season will be cut from US$175 million to US$145 million as a result of the financial impact of the coronavirus pandemic.

Formula One has so far been able to stage five Grands Prix this year, with a further seven currently scheduled for 2020, although the series says it hopes to publish additional calendar details soon.

Hamilton remains top of the 2020 drivers’ championship standings despite suffering a setback last weekend, missing out on a fourth straight victory as Dutchman Max Verstappen claimed first place for Red Bull at Silverstone.