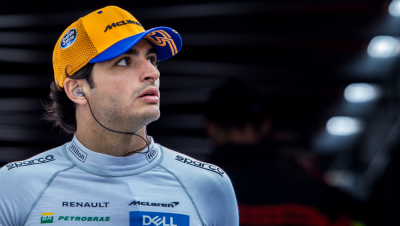 British motorsport team McLaren have confirmed that they will use engines supplied by German manufacturer Mercedes from the start of the 2021 Formula One season.

The four-year deal, which runs until 2024, kicks in when McLaren’s existing agreement with Renault expires at the end of the 2020 campaign.

The agreement revives a partnership that previously ran between 1995 and 2014. McLaren then used Honda engines for three years, during which time they endured a torrid time on the track before switching to Renault at the start of the 2018 season.

“This agreement is an important step in our long-term plan to return to success in Formula One,” said McLaren chief executive Zak Brown. “Mercedes is the benchmark, both as a team and a power unit, so it is natural we would seek to secure a relationship with the company for the next phase of our journey.

“This announcement reflects the confidence of our shareholders and is an important message to our investors, our team, partners and fans that we are committed to returning McLaren to the front of the field.”

The partnership means that Mercedes will supply four teams including its own from 2021, adding McLaren to a line-up that already includes Williams and Racing Point. As it stands, Renault’s own factory team will be the only outfit using its power units when the deal with McLaren expires.

“Although the two brands share a prestigious history, this new agreement is all about looking to the future and beginning a new era of power unit supply for the years ahead,” added Mercedes team principal Toto Wolff.

“McLaren have been putting in place the building blocks of their revival over recent seasons, including impressive performances this season with Renault power. We hope that this new long-term agreement marks another milestone for McLaren as they aim to take the fight to the sport’s top teams, including our Mercedes works team.”

McLaren have enjoyed a resurgence on the track since switching to Renault engines, and sit fourth in this year’s Formula One constructors’ championship with 101 points.