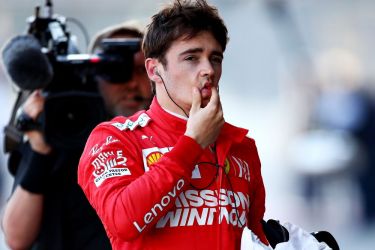 Formula One’s connectivity partner Tata Communications has announced that it is ending its sponsorship of the global motorsport series.

The Indian firm first joined forces with Formula One in 2012, reportedly paying US$4 million per year through the course of its deal. This secured it pitlane branding at select races, as well as enabling it to use Formula One to promote its technology. Alongside the financial benefits, the Liberty-owned series used Tata’s network to power its online streaming services, including F1 TV, though these have suffered with glitches.

The news is another commercial blow blow for Liberty Media. Having formally acquired the keys to Formula One at the start of 2017, chief executive Chase Carey intended to bring in more sponsorship revenue for the sport, only to be left frustrated by the attempts to bolster its partners list.

A spokesperson for Tata said: ‘We have decided to bring to a close our marketing partnership with F1 and explore other platforms that will allow us to showcase the full power of our digital services to our key customers.

‘We started this partnership in 2012 with the mission to digitally transform the sport whilst raising awareness of our global networking expertise amongst our enterprise customers.

‘Our eight-year F1 journey, spanning 150+ races, was all about driving innovation in the sport. Over the years, we have evolved our services portfolio and capabilities, and - as we had achieved what we set out to do - we feel it’s the right time for us to conclude this marketing partnership.’

Currently, Tata has not given any indication it will be ending its partnership with the MotoGP series, which began in 2017. During its time with Formula One, the company did expand its involvement through individual team tie-ups with Mercedes and Williams, each reportedly worth below US$1 million per season, but is no longer listed as a sponsor by either team.

Despite the loss of Tata, Formula One is continuing its commercial push unabated ahead of the 2020 campaign. Last week, bookmaker 188Bet came on board as its official Asia partner as part of a five-season agreement with Interregional Sports Group (ISG). The series is also reportedly close to signing a deal to stage a Grand Prix in Saudi Arabia, worth a massive UK£50 million (US$65.5 million) per year.