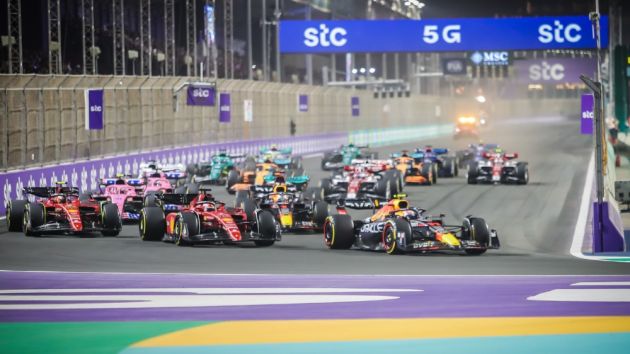 Formula One owner Liberty Media has reportedly rejected an approach from Saudi Arabia's Public Investment Fund (PIF) to buy the series, according to Bloomberg.

The PIF valued Formula One at more than US$20 billion, but Liberty Media is not currently interested in selling its increasingly profitable asset. The American media company originally bought the sport in 2017 for US$4.4 billion.

According to Bloomberg, the current market value of Formula One is around US$15.2 billion, highlighting the seriousness with which the bid from Saudi Arabia has to be taken.

The deal was explored last year, but faltered in the early stages due to Liberty Media's stance on selling the property.

The PIF is already heavily involved in the series through its backing of the Saudi Motorsport Company (SMC) for the Grand Prix in Jeddah, as well as sponsorship deals with Formula One and Aston Martin via the state-owned oil giant Aramco.

Any future deal would represent the latest expansion into sports, following investment in the likes of English soccer club Newcastle United and the LIV Golf competition.

This has been seen by many to be 'sportswashing' — the process of deflecting attention away from its human rights abuses through sport.

The Middle East has been an area of focus for Liberty Media and Formula One, with four races now contracted to race in the region. Bahrain and Saudi Arabia kick off the season as the first two races, before Qatar and Abu Dhabi feature in the second half of the year.

It should come as little surprise that Saudi Arabia is interested in purchasing Formula One, with the series going from strength to strength while pursuing increasingly important environmental goals.

Associating itself with a sport pioneering the push towards sustainable fuel is a no-brainer for Saudi Arabia, with its sportswashing and greenwashing goals covered in one tidy investment.

While Liberty Media sees the opportunity to make its shareholders happy, any approaches will likely be rebuffed, but I doubt this will remain the status quo for long. Saudi Arabia has become more and more involved with Formula One over recent years, so it is surely only a matter of time before a serious offer is tabled at Liberty Media.