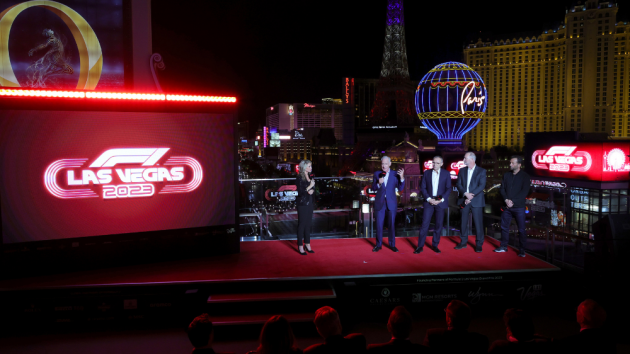 Formula One’s Las Vegas Grand Prix is set to be held from 16th to 18th November next year as part of a season-ending double-header with Abu Dhabi.

The race will then continue to take place on the weekend prior to Thanksgiving in the following years.

The revelations initially came in a 17-page letter of intent (LOI) posted on Twitter last month, which was later confirmed as authentic to Sports Business Journal (SBJ) by the Las Vegas Convention and Visitors Authority (LVCVA).

While the LOI is subject to change, it gives an initial insight into how the Las Vegas event could be run from 2023 to 2027.

It is unclear how the plan to stage a campaign-closing back-to-back with the Abu Dhabi Grand Prix lines up alongside Formula One’s plans to group races together based on geographical location, considering the approximate 8,000 miles between the two locations.

The LOI, which is dated 28th March, also reveals that the global motorsport series’ owner Liberty Media has created a subsidiary to promote the event called Liberty Dice. The company will work alongside American global entertainment firm Live Nation, as well as the LVCVA for the duration of the five-year race deal announced in March.

In May, Liberty president and chief executive Greg Maffei confirmed the company had agreed to acquire 39 acres of land east of the Las Vegas strip for US$240 million. Maffei said this will be used “to lock in circuit design and create capacity for the pit and paddock”.

The LOI adds that no on-track action will occur later than 1.30am Pacific Time (PT), giving an indication of how late Formula One is looking to run the night race in order for European viewers to tune in early in the morning.

Other parts of the LOI reveal that the series will permit the LVCVA to have a trackside signage package visible to cameras to promote the city to a global audience.

The LVCVA is also set to work with stakeholders, including local casinos, to prevent ambush marketing efforts around the race. Additionally, Formula One intends to collaborate with the local authority on sustainability and community engagement projects. The series also seems to be exploring the possibility of getting legislation passed to help protect its commercial rights.