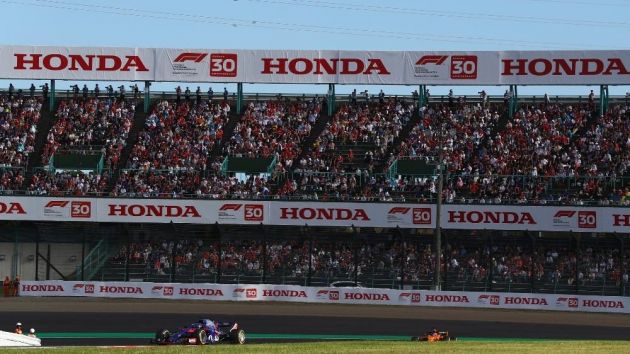 Auto manufacturer Honda has been confirmed as the title sponsor of Formula One's 2022 Japanese Grand Prix.

Tokyo-headquartered Honda, which owns the Suzuka Circuit where the race is held, was set to sponsor the 2021 edition of the race before it was cancelled due to Covid-19.

“It is a great pleasure for Honda to be named as the title sponsor of the Formula One Japanese Grand Prix to be held at Suzuka Circuit, which is celebrating its 60th anniversary this year,” said Koji Watanabe, operating executive, head of corporate communications supervisory unit, Honda.

“By contributing to this outstanding Grand Prix, Honda will continue supporting the further promotion and popularisation of motorsports in Japan.”

Honda officially exited Formula One at the end of last season after a seven year-stint when it worked with McLaren, AlphaTauri and, most successfully, Red Bull Racing. However, the company is set to continue supporting Red Bull’s engine development until 2023.

Masashi Yamamoto, Honda's managing director of motorsport, said in January that he believes the Japanese manufacturer will return to the series in the future.

Greg Maffei, president and chief executive of Liberty Media, which owns Formula One, also revealed during an earnings call on 6th May that the series is looking to honour Honda’s contribution to the sport at this year’s race.

“Because of [Honda’s] decision to quit officially Formula One, there could be something special that we want to recognise for them during that event,” Maffei said. “So this is part of the strategic discussion that we are having with our promoters.”

The 2022 Japanese Grand Prix is due to take place on 9th October.