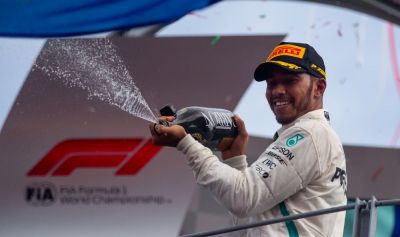 The organisers of the Italian Grand Prix have reached an agreement with Formula One owners, Liberty Media, to keep the race at the famous Monza circuit until 2024.

The current deal was due to expire at the end of the 2019 season and, although the contracts have not signed off as yet, Formula One confirmed in a statement there had been an “agreement in principle for a new five-year deal.”

The fresh terms will reportedly see the race promoters pay a reduced fee of US$17 million per race. In its existing deal, Monza parts with $24 million every year to host.

Negotiations will continue between Liberty Media and the Automobile Club of Italy (ACI), who run the Monza racetrack, on all the technical and commercial aspects before the contract is signed. This is expected to be a formality after the Italian motorsport federation said that the “economic aspects of the contract” had been taken care of and it hoped the deal would be officially concluded “as soon as possible.”

Concerns over where the Italian Grand Prix would take place had been raised in April after the ACI said it required €60 million (US$67 million) to help finish renovation work at Monza before the venue’s centenary anniversary in 2022. There had been fears a lack of financing would leave the track unable to reach a new deal with Liberty Media and crash out of the Formula One calendar.

But a more positive financial outlook from the ACI has meant Monza now looks set to continue its rich history in the sport. No other circuit has hosted more Formula One races than Monza since its inaugural season in 1950.

This year will see the renowned track host the 70th edition of the Italian Grand Prix, which takes place on 8th September.