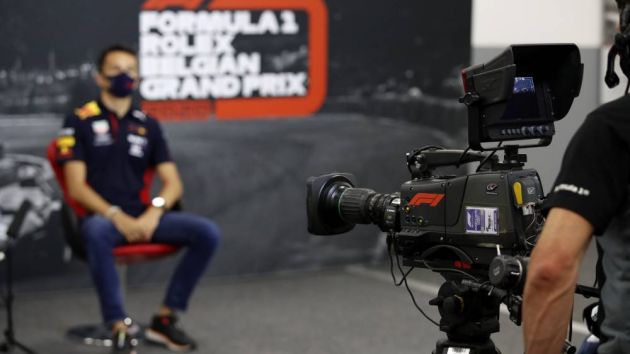 Formula One is planning to high dynamic range (HDR) broadcasts during the 2021 season to elevate its coverage Ian Holmes, the series director of media rights, has confirmed.

The HDR broadcast standard is being increasingly adopted across the sports media landscape, offering fans a richer product in their homes. UK pay-TV network BT Sport deploys the technology for key broadcasts and rival Sky Sports, Formula One’s UK broadcast partner, is planning to implement HDR infrastructure by the summer.

In the US, 8K technology is already being used for Nascar and the National Football League (NFL) broadcasts and it is expected that NBC will deploy several innovations for its coverage of this summer’s Tokyo Olympic Games.

Formula One, which last year shifted to remote production for its own broadcast feed, is now looking to up the quality of its output to keep pace with the industry’s highest standards.

"Of course, we’re looking at the development of that side of technology," said Formula One director of media rights Ian Holmes told Motorsport.com regarding the implementation of 8K technology.

"One of the things that we’re specifically looking at - you mentioned 8K - is HDR, high dynamic range, which is very effective for fast-moving objects. We will be conducting tests this year, and that for us I think is potentially the next stage of an offering.

"We’ve also got to look at who could take it. If we had a feed tomorrow, there would be very few people who could take it. The other thing is sometimes you produce this wonderful technology, and the broadcasters have the ability [to show it], but people’s devices are not capable of taking it.

"There is a sweet spot. But that feed has got to be as good as it can be from every perspective.

"The Olympics always pushes the boat out a little bit, as it’s once every four years. Quite a lot of technology often comes through from that, so I’m quite interested, especially with it being in Japan, that’s always quite an interesting thing to pay attention to.

"But certainly for us, I think HDR is something that we’re quite excited about."

The highly anticipated 2021 Formula One season will begin on 26th March at Bahrain International Circuit. Pre-season testing will run from 12th-14th March.