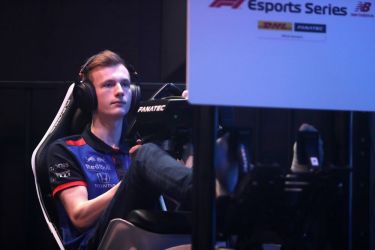 UK esports organisation Gfinity has signed a multi-year extension to its partnership with Formula One to deliver the global motorsport series' competitive gaming efforts into 2022.

The extension covers Formula One's 2020 and 2021 esports series, as well as the qualifying stages of the 2022 event. Gfinity will also deliver the Pro Draft Reveal Show and the Pro Series. In 2021, Gfinity will manage the Challenger Series qualifying events, Pro Draft live show and Pro Series.

Gfinity has worked in collaboration with Formula One and games developer Codemasters to design and deliver the F1 Esports Series since 2017. Going forward, Gfinity will continue to provide full operational management for the series and use of its Race Control in-race adjudication system.

Gfinity chief executive John Clarke said: “The F1 Esports Series is one of the most exciting esports tournaments in the world and we are delighted to be working with F1 for a further two years.

“Signing a multi-year agreement highlights our ability to leverage our unique position at the centre of the esports ecosystem to design and develop esports solutions for our clients.

“The Virtual Grand Prix Series has also caught the imagination of race fans as, shown by the amazing viewing numbers, and we are excited that a new, younger global audience is experiencing the F1 brand in a totally different way.”

Julian Tan, Formula One’s head of digital business initiatives and esports, added: “We are delighted to extend our agreement with esports leaders Gfinity for another two years.

“Since 2017, we have seen the rapid growth of the F1 Esports Series and Gfinity have played a core part in that through their continued support in developing and delivering the series. We are excited to build on this foundation to bring further excitement to F1 Esports fans across the globe in the coming couple of years.”