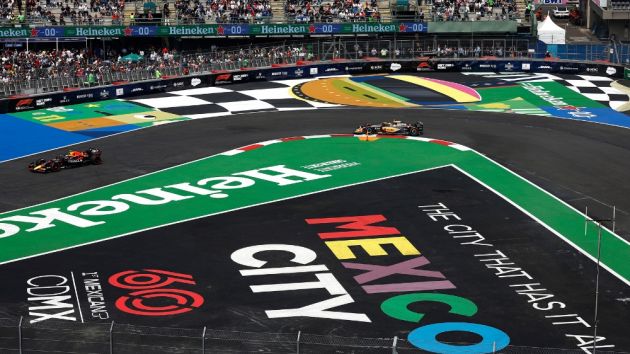 Pay-TV broadcaster Fox Sports México has signed a three-year extension to retain its Formula One local broadcast partnership until 2025.

The network's current five-year deal was set to expire at the end of this season. The 2018 agreement that saw Fox secure the rights led to the closure of the Canal F1 Latin America channel.

Fox Sports México will continue to show races across its Fox Sports One and Fox Sports Two channels, with advertising. However, advertising-free coverage will be available via the Fox Sports Premium service, and nine Grands Prix will be exclusive to that platform next season.

The new contract lines up with the recent extension signed by the Mexican Grand Prix to remain on the Formula One calendar until 2025.

The extension with Fox ensures Formula One will have a full mix of broadcast distribution in Mexico, having recently announced that Telcel and Telmex subscribers will be able to access the F1 TV Pro streaming service until the end of the 2023 season.

“At Fox Sports México we know that Formula One fans are growing every day. This renewal of exclusive broadcast rights is very important as it allows us to continue offering our audience the maximum experience,” said Cristina Ruiz de Velasco, general director of Fox Sports México.

“Our goals remain clear: continue providing the best coverage of the most relevant national and international sporting events.”

Ian Holmes, director of media rights and content creation at Formula One, added: “Mexico is a special place on the Formula One calendar with an incredible atmosphere that attracts an increasing number of fans each year.

“F1 and Fox Sports México share a passion for delivering a spectacular show to our fanbase, and following the recent announcement that F1 will continue to race in Mexico City for another three years, I am pleased that our successful broadcast partnership with Fox Sports México continues.”