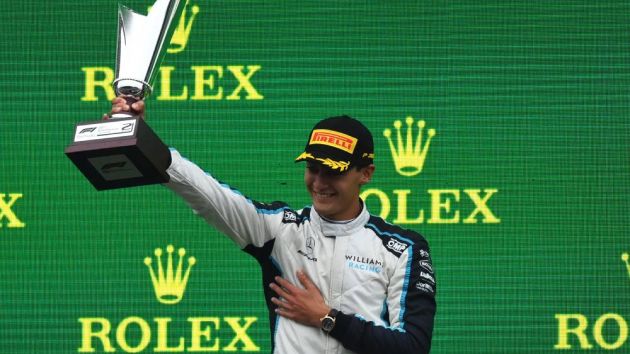 Formula One officials are set to hold talks regarding rule changes with the International Automobile Federation (FIA) and teams following the Belgian Grand Prix, the series' race director Michael Masi has told Motorsport.com.

Due to heavy rain and low visibility, only three laps of the Belgian Grand Prix were completed, all behind the safety car. As regulations declare that only two laps of a race need to be run for an official classification, half points were awarded to the top ten finishers.

Although the FIA and Masi have received praise for not allowing racing in dangerous conditions, fans and drivers have been vocal about their disappointment in the weekend, prompting discussions to be held.

Upset with the way the event was handled, world champion Lewis Hamilton wrote on Instagram: 'Today was a farce and the only people to lose out are the fans who have paid good money to watch us race.'

Masi told Motorsport.com that Formula One's chief executive Stefano Domenicali is keen to hold talks with the series' stakeholders regarding rule changes to prevent a repeat of what happened in Belgium.

"I think after this weekend, and at our next meeting for next year, we'll look at a whole lot of things that you know we can all look at, to see what everyone wants," he said.

"As you're all well aware we're at one of those points that the FIA works with all ten teams and Formula One to develop the regulations. And so we'll go through all of the various scenarios and see what everyone thinks."

Any rule changes put forward would need approval from the FIA, Formula One and the teams.

The 2021 Formula One season continues on 4th to 5th September at Zandvoort, the Netherlands.