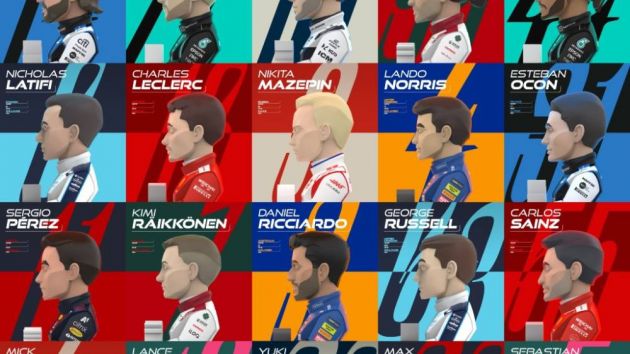 Formula One has announced a multi-year partnership with phygital collectibles company Mighty Jaxx.

As part of the deal, Mighty Jaxx will create vinyl art collectible figures featuring the current grid of drivers. Each figure will be technology-enabled and unlock digital experiences.

In addition, Mighty Jaxx will release premium edition collectibles as well as life-sized models of the top three drivers at the end of each season.

The phygital collectibles company will also provide technology for fans to redeem exclusive content from Formula One and Mighty Jaxx.

Additionally, the pair will run a 'Be First' campaign, where fans and collectors can play during the Formula One season and win points for each new figure they collect.

At the end of each season, the top three players on the leaderboard will win signed Formula One memorabilia.

"We’re very excited to be partnering with Mighty Jaxx to bring fans their favourite drivers in the form of these modern collectibles," said Ben Pincus, director of commercial partnerships at Formula One.

"It is the first time we have entered the phygital space and we’re looking forward to working with the team at Mighty Jaxx to see just how we can bring this innovative prospect to life."

Jackson Aw, founder and chief executive of Mighty Jaxx added: "This is the first time Formula One has appointed a globally exclusive licensing partner to curate a global fan experience campaign in this unique way, simultaneously across all ten teams and 20 drivers.

"We share a common vision with Formula One of building a platform to better deliver uniquely personalised experiences through our phygital collectibles to the fans and we can’t wait to introduce this new collecting experience to Formula One fans around the world."