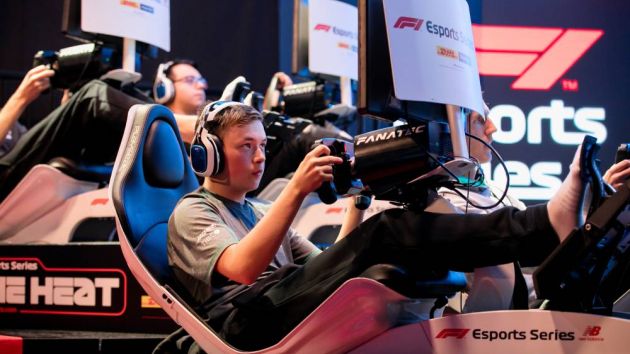 This comes after the introduction of the Virtual Grands Prix in 2020, where many Formula One drivers competed in the wake of the postponement of the 2020 racing season.

In the Esports Series, entrants were able to try to qualify in four different areas - the F1 Esports Series Challengers, the DHL Time Trial, the China Championship and the brand-new Women's Wildcard.

Next is the Pro Exhibition, where those recent 30 qualifiers will complete a series of assessments on the official F1 2020 game. The best have the potential to be selected by one of the ten Formula One esports teams for their Pro Championship rosters.

In addition, the Formula One 2021 Esports Series has renewed a selection of partnerships for the 2021 season.

Founding partner DHL will remain as the official sponsor of the series, awarding a point for the fastest lap in the Pro Championship, mirroring Formula One.

Additionally, Fanatec will continue its participation in the series, supplying gaming hardware for drivers in the Pro Championship.

"We’re delighted to see so many people enjoying and engaging with the F1 game, as The F1 Esports Series continues to shatter records, with nearly half a million qualifiers for this year’s campaign," said Julian Tan, head of digital business initiatives and esports at Formula One.

"We can’t wait to see the talent on show in the Pro Exhibition and look forward to the Pro Championship later in the year, which could be the most exciting yet!

"As ever, we are thankful for the continued support from our partners Aramco, DHL and Fanatec as we strive to make the F1 Esports Series bigger and better every year."